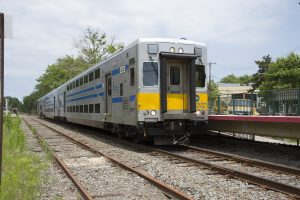 Republicans in the GOP-controlled state Senate are backing a $1.9 billion plan to add a section of track to one branch of the Long Island Rail Road in Nassau County.

The move comes after opponents in those communities agreed on quality-of-life issues with the Metropolitan Transportation Authority, which runs the LIRR.

Supporters say it will allow more trains to run in both directions between New York City and Long Island. The announcement came a day after Amtrak started extensive infrastructure repairs at Penn Station.