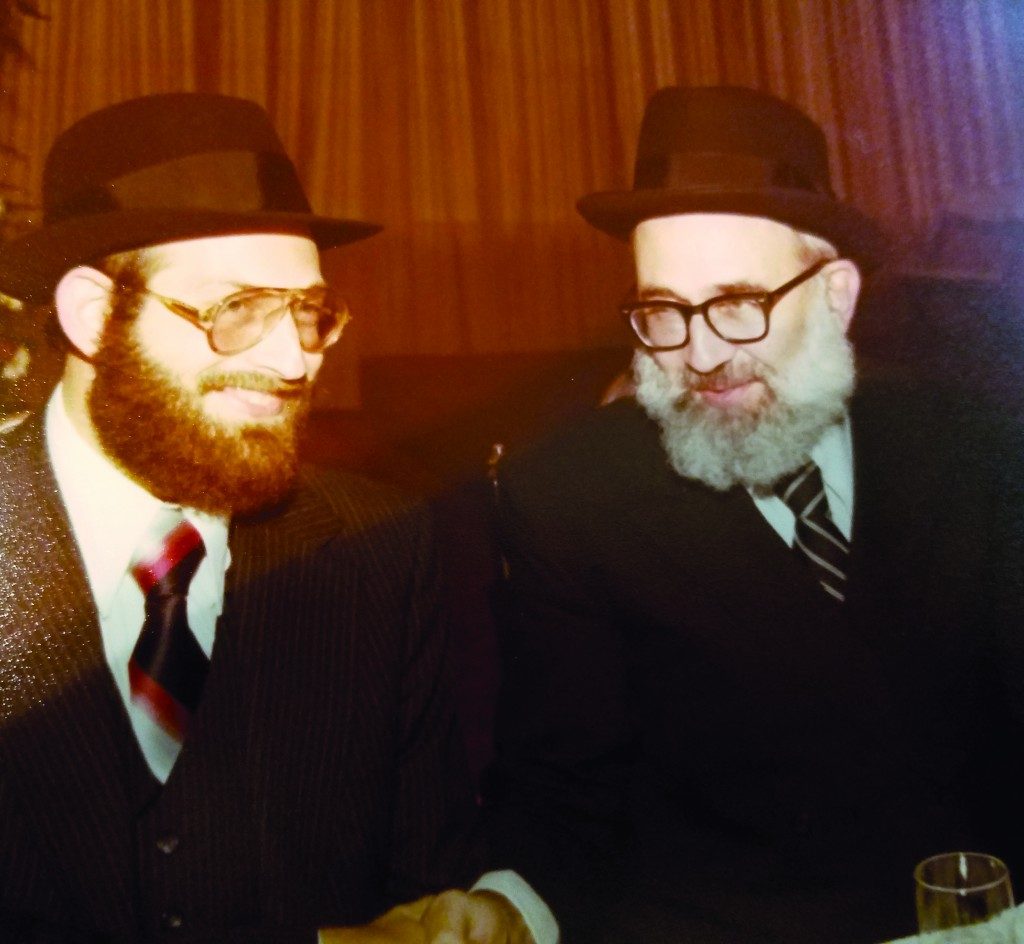 Something recently reminded me of one of the many lessons I was privileged to be taught by Rav Yaakov Weinberg, zt”l, who served as Rosh Yeshivah of Yeshivas Ner Yisroel in Baltimore.

As an 18-year-old studying in the Yeshivah in 1972, I watched him at first from afar, then learned from him up-close. The depth of his knowledge, his eloquent, brilliant analyses of Shas sugyos, and his proficiency in history and science, made a deep impression on me.

His intellect and erudition, though, were mere tools with which he was gifted. His essence was his dedication to Torah, to emes, and to his talmidim – indeed, to all Klal Yisrael.

When I think back on the many times I telephoned Rav Weinberg from wherever I was living at the time to ask him a question about halachah or machshavah, or for an eitzah, I am struck by something I gave little thought to at those times: He was always available. And, I came to discover, not only to me. So many others — among them accomplished talmidei chachamim, Rabbanim, and askanim — had also enjoyed a talmid–Rebbi relationship with Rav Weinberg. In my youthful self-centeredness, I had imagined him as my Rebbi alone.

Nor did his ongoing interactions with his talmidim prevent him from traveling wherever his services were needed. A sought-after speaker and arbitrator for individuals and communities alike, he somehow found time and energy for it all.

In the early 1980s, Rav Weinberg was asked to temporarily take the helm of a small yeshivah in Northern California that had fallen on hard times. He agreed to leave his home and position in Baltimore and become interim Rosh Yeshivah.

My wife and I and our three daughters lived in the community; I taught in the yeshivah and served as principal of the local Jewish girls’ high school. And so I was fortunate to have ample opportunity to be meshamesh Rav Weinberg, and to witness much I will always remember.

Like the time the yeshivah placed Rav Weinberg in a rented house, along with the yeshivah’s cooks —a middle-aged couple, recently immigrated from the Soviet Union.

Though Northern California has a wonderful climate, its winters can be cool, and the house’s heating system wasn’t working. The yeshivah administrator made sure that extra blankets were in the house, and an electric heater was procured for Rav Weinberg. (The cooks, it was figured, had been toughened by a colder clime.)

After a week or two of chilly, rainy weather, it was evident that the Rosh Yeshivah had caught a bad cold. Someone went to his room to check the heater. It wasn’t there.

It was in the cooks’ room. Confronted with the discovery, Rav Weinberg sheepishly admitted to having relocated the heater. He “thought they might be cold” he explained.

We bought another heater. And learned a lesson.

But the particular memory that was recently jogged in my mind was of the yeshivah’s janitor. A young black man, his surname was Barnett. And that’s how we referred to him. “Hey, Barnett, how’s it going?” “Yo, Barnett, can you take care of this mess?” “Barnett, you working tomorrow?”

Once, Rav Weinberg heard one of us call out to the worker. Fixing his eyes on us, the Rosh Yeshivah said, quietly but firmly, “Mr. Barnett,” pointedly articulating the “Mr.”

What reminded me of that incident was a report about a commencement speech Supreme Court Justice John Roberts made at his son’s ninth-grade graduation from a prestigious New Hampshire school. He had much of worth to share with the boys, warning them, for instance, that their privileged lives will not insulate them from adversity, and suggesting that they take ten minutes a week to update and thank one of their former teachers with a written note. (“Talk to an adult, let them tell you what a stamp is. You can put the stamp on the envelope.”)

He also told them that, when they get to their new school, each of them should “walk up and introduce yourself to the person who is raking the leaves, shoveling the snow or emptying the trash. Learn their name and call them by their name during your time at the school.”

And so I was naturally reminded by that advice of Rav Weinberg’s “Barnett lesson” — that kvod haadam extends to every rung of the social ladder (and all the more so within Klal Yisrael’s social order!).

Then, suddenly, I realized that Rav Weinberg’s yahrtzeit, Shivah Asar B’Tammuz, was mere days away.