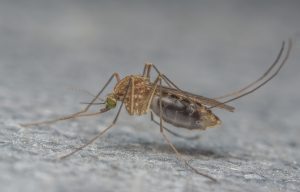 The Israeli Health Ministry advised the public on Wednesday to get rid of stagnant sources of water that could provide a breeding ground for insects—in particular, the mosquitoes that carry the West Nile virus.

The ministry disclosed that six people, all in the central coastal region, were infected with West Nile virus since March, though fortunately, all the cases were mild, according to The Jerusalem Post.

However, in the view of the fact that in the past there have been several deaths from the virus in Israel, the ministry has issued an advisory.

A list of potential breeding grounds included any container with water such as old tires, buckets and barrels. Even water accumulated in the bottom of potted plants and window boxes should be emptied, as well as drinking-water bowls for pets, which should be changed regularly. Cover swimming pools; ornamental ponds should be populated by fish to consume mosquito larvae; clean and drain gutters, the ministry said.

Using insect repellents and wearing long-sleeved but light clothing to avoid bites from infected mosquitoes, and informing local authorities of the existence of standing water in public areas are also good ideas.

West Nile Fever usually involves a mild, flu-like disease that goes away by itself; its symptoms are fever, headache, weakness, joint and muscle pain, conjunctivitis of the eye, a rash and sometimes nausea and diarrhea. The incubation period between the infection and the appearance of symptoms is between seven days and two weeks.

However, about one percent of those infected develop severe disease with neurological complications such as nerve inflammation or acute encephalitis.