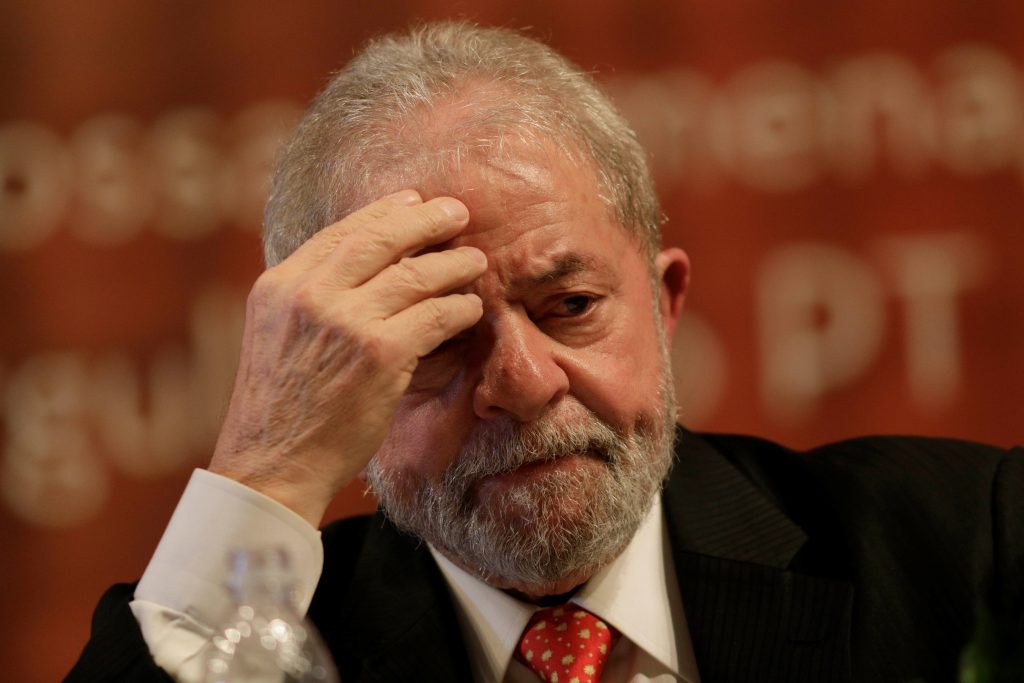 Former Brazilian leader Luiz Inácio Lula da Silva, who rose from childhood poverty to become a two-term president, was convicted on corruption charges on Wednesday in the first of five graft trials he faces.

He was sentenced to nine and a half years in prison. He will remain free on appeal.

Former U.S. President Barack Obama once labeled him the most popular politician on earth.

The verdict represented the highest-profile conviction yet in the sweeping corruption investigation that for over three years has rattled Brazil, revealing a sprawling system of graft at top levels of business and government and throwing the country’s political system into disarray.