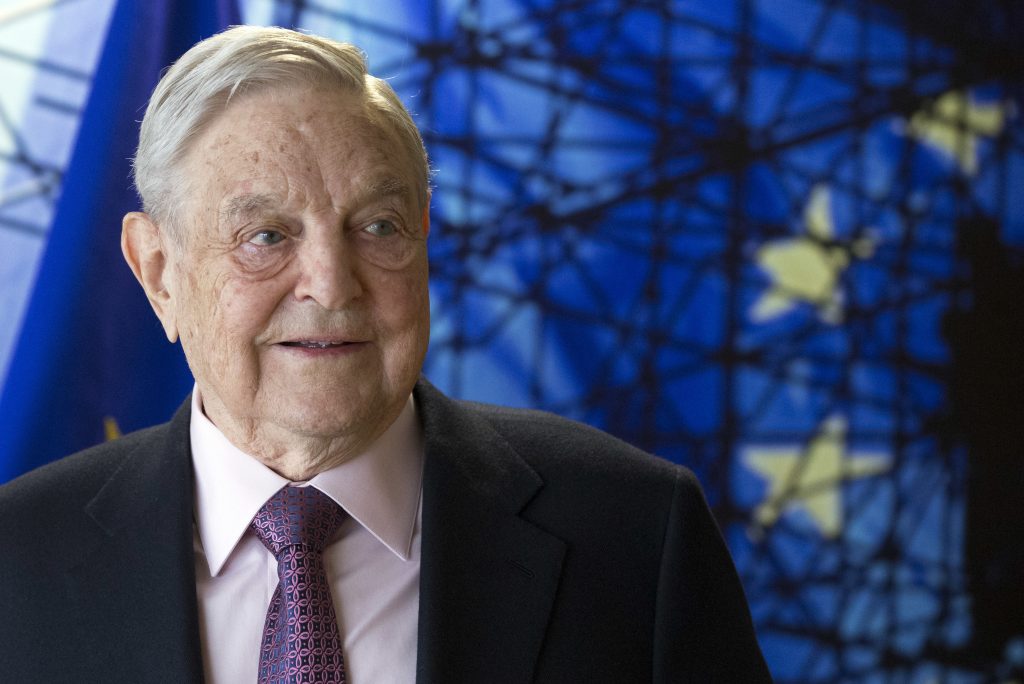 Against the background of a diplomatic flap about an anti-George Soros campaign conducted by the Hungarian government, a member of the Likud party has announced his intention to introduce a proposal he is calling the “Soros Law” to block donations to left-wing organizations which receive foreign funding.

Israel’s Foreign Ministry on Sunday issued a statement denouncing U.S. billionaire Soros, a move that appeared designed to align Israel more closely with Hungary ahead of a visit to Budapest next week by Prime Minister Binyamin Netanyahu.

Israel’s ambassador to Hungary had issued a statement denouncing the campaign, saying it “evokes sad memories but also sows hatred and fear,” an apparent reference to Hungary’s part in the deportation of 500,000 Jews during the Holocaust.

But a few hours later, Israel’s Foreign Ministry issued a “clarification” saying that Soros was a legitimate target for criticism.

“In no way was the statement [by the ambassador] meant to delegitimize criticism of George Soros, who continuously undermines Israel’s democratically elected governments,” said Foreign Ministry spokesman Emmanuel Nachshon, adding that Soros funded organizations “that defame the Jewish state and seek to deny it the right to defend itself.”

Likud MK Miki Zohar said that within a few days, the “Soros Law” will be brought before the Knesset. It will say that “any person donating to organizations acting against Israel will not be allowed to donate to any organization or nonprofit association in Israel.”

“It’s time to defund the left-wing organizations undermining the government, smearing Israel and trying to detract from its right to defend itself,” MK Zohar said. “We have to block their sources of financing and prevent them from harming the state.”

The bill makes no mention of Soros or his organizations specifically, and will not necessarily target them.

The bill would become the latest in a series aimed at limiting the activities of left-wing organizations and targeting their ability to raise funds, notably the so-called NGO Law.

Soros, a Hungarian-born Jew who has spent a large part of his fortune funding pro-democracy and human rights groups, has repeatedly been targeted by Hungary’s right-wing government, in particular over his support for more open immigration.

In the latest case, Prime Minister Viktor Orban has backed a campaign in which Soros is singled out as an enemy of the state. “Let’s not allow Soros to have the last laugh,” say billboards next to a picture of the 86-year-old investor, a campaign that Jewish groups and others say foments anti-Semitism.

Soros, following his longstanding policy of not responding to personal attacks, did not initially respond to this one, either.

But on Tuesday, he said: “I am distressed by the current Hungarian regime’s use of anti-Semitic imagery as part of its deliberate disinformation campaign.”