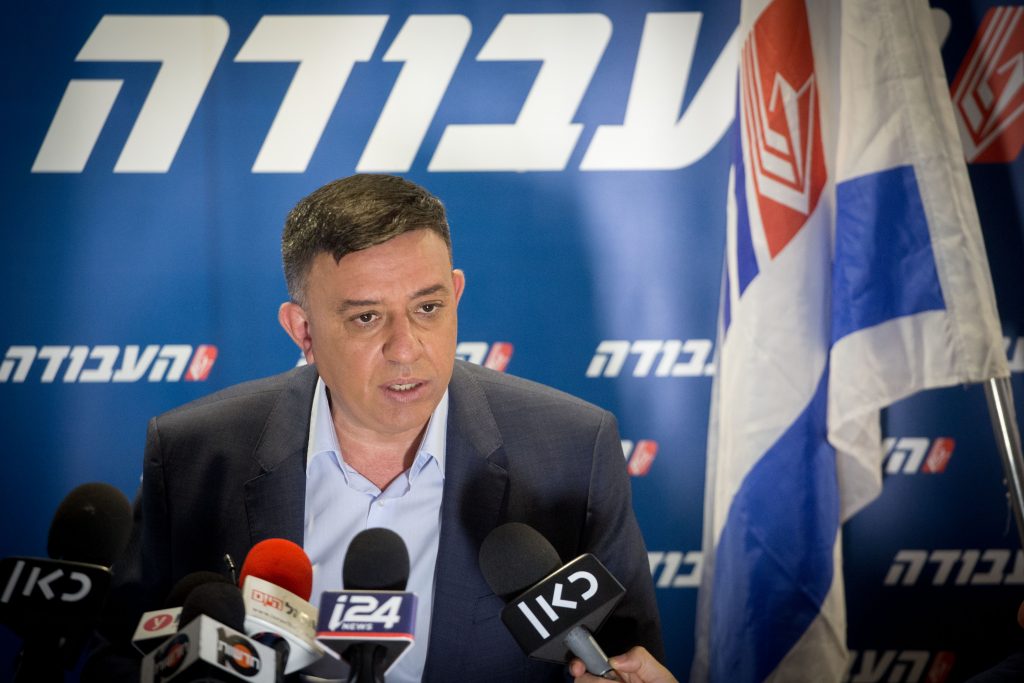 When asked on Tuesday about the shehechiyanu blessing that he recited following his upset victory over Amir Peretz in the Labor runoff, secular politician Avi Gabbay said that “this is part of our being Jews. I am Jewish and I did something which comes very naturally,” he told Ynet.

The report did not, however, mention a pre-runoff debate in which Gabbay, along with rival Peretz, both pledged to support expanded public transportation on Shabbos and a cutback in Jewish education in the schools. Also part of what he is.

Gabbay, a relative newcomer to politics, was asked to clarify his positions on the major issues. The new Labor Party chairman committed to the platform of “two states for two peoples,” and he acknowledged that he favors the return of some territory to the Palestinians:

“Every little Palestinian area that’s called ‘Yerushalayim,’ but is not really Yerushalayim, isolated villages that can be handed over to the Palestinian Authority without any harm to security. There are some places in the vicinity of Ramallah, and in Area B.

“Mahmoud Abbas is definitely a partner [for peace],” he said.

Regarding social spending, he said unequivocally that he believes in a welfare state. “Definitely. Welfare state is not a dirty word,” he said. “We have to work out a way to balance economic growth with a fair distribution of the fruits of that growth.

“I’m a social democrat. I believe that the government has to take responsibility for the welfare of its citizens. Netanyahu believes that each person has to take care of himself. If you can’t, that’s your problem. I say the opposite – it’s the government’s problem.”

The matter of Gabbay’s ineligibility for the position of opposition leader in the Knesset, because he is not an MK, now takes on immediate relevancy.

Gabbay offered defeated incumbent Isaac Herzog the option of staying on at the job. In his victory speech, Gabbay repeated the offer to Herzog, made before the runoff, to strong applause from his supporters.

Herzog, who endorsed Peretz, was courteous but non-committal about the offer.

“I just spoke to Avi Gabbay and congratulated him on his impressive campaign,” said Herzog in a tweet. “I made it clear to him that I will stand beside him and help him strengthen the Labor Party and change the government. I wish him good luck.”

The latest polls on Tuesday indicate a bump upward for Labor in response to the news of its new leader.

According to the data published in two polls, conducted by Channels 2 and 10, Labor (as the main faction in Zionist Camp) is ready to displace Yesh Atid as the Number 2 party in the country, though still running behind Likud.