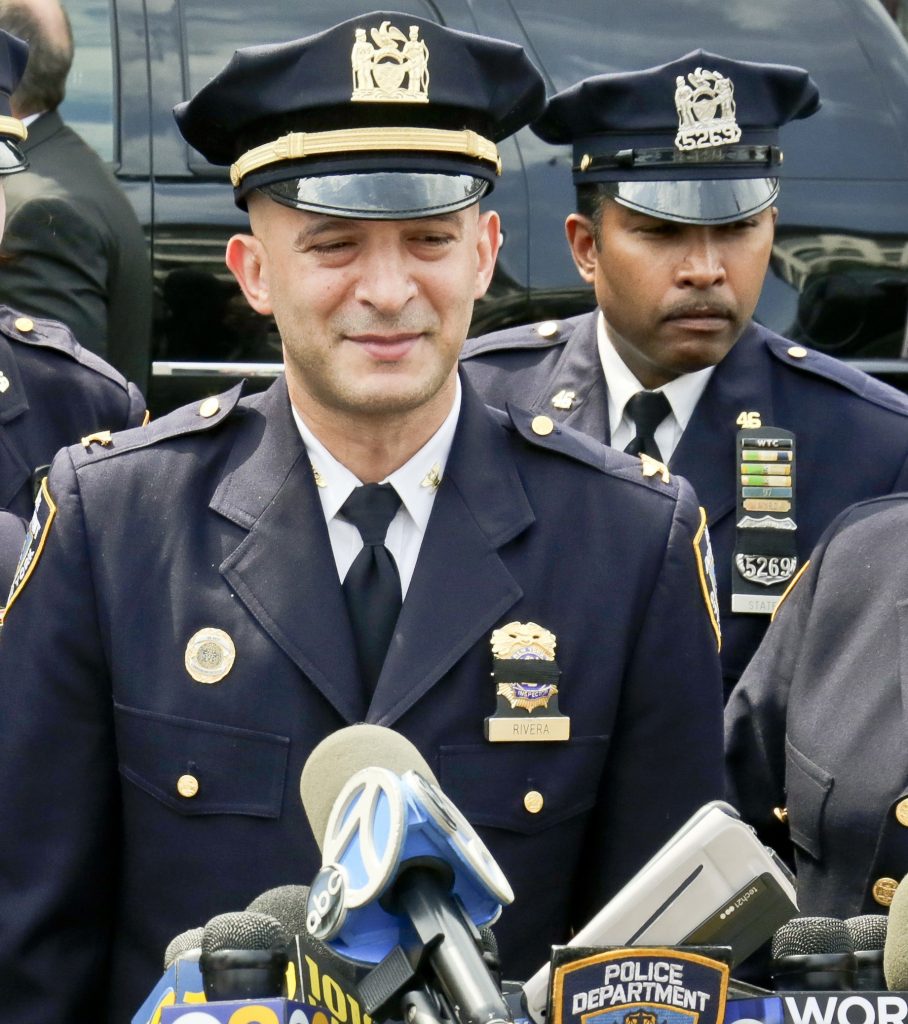 A New York City police officer who was shot and killed while sitting inside her police vehicle last week will be laid to rest Tuesday morning.

Officer Miosotis Familia was remembered Monday at an event in a Bronx church.

Gov. Andrew Cuomo, Mayor Bill de Blasio and New York Police Department Commissioner James O’Neill were among those who paid their respects. They were joined by members of the rank and file and neighborhood residents.

Gov. Cuomo called it a “tremendously sad day” as he referenced the death Sunday night of a New York State Police trooper who was shot by a soldier who had just killed his wife at their home near his Army base.

“It’s important to remember the sacrifice that the men and women of law enforcement make for the people of this state,” the governor said.

Familia, 48, was in an RV-like command post stationed in a crime-ridden Bronx precinct early Wednesday when 34-year-old Alexander Bonds walked up to the vehicle and fired once through the passenger window, striking Familia in the head. Bonds ran from the scene but police caught up with him and opened fire after they said he turned the gun on them, killing him. Bonds had sought psychiatric care just days earlier.

Familia’s commanding officer, Inspector Philip Rivera, called her “a true asset to this department, to this city, a beautiful person inside and out, a loving mother, loving to her co-workers, always had a smile and a few kind words for everybody.”

Familia came on the job in 2005, after working as a patient care assistant at New York University Hospital, and also for the American Red Cross. She spent her entire career in the Bronx precinct where she was killed.

She has a 20-year-old daughter and 12-year-old twins, a boy and a girl. She also was caring for her 86-year-old mother.

Familia is the first female officer to die in the line of duty since 9/11.