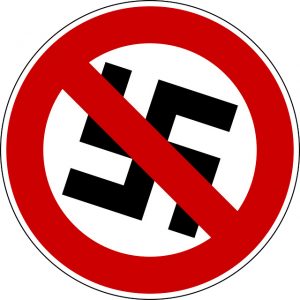 A man has been caught on surveillance video drawing more than two dozen swastikas in freshly poured concrete in front of a New York City building whose owners are Jewish.

The concrete had been poured Friday on the sidewalk outside a building in Brooklyn. The building’s street surveillance camera captured a young man spending 35 minutes drawing nearly 30 swastikas in the still-wet cement early Saturday.

State Assemblyman Dov Hikind of Brooklyn says the property owners discovered the vandalism Monday and alerted police. He says the video has been turned over to the New York Police Department. The incident is being investigated as a hate crime.