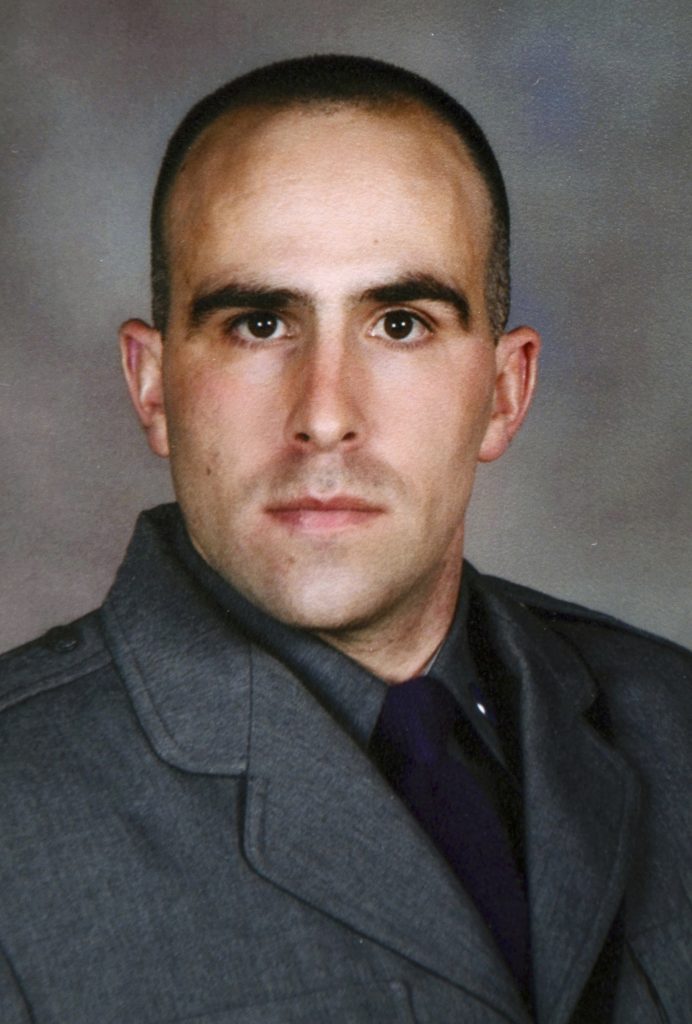 An Army soldier killed his wife and a state police trooper who had responded to reports of shots fired at the couple’s rural upstate property, authorities said Monday.

Staff Sgt. Justin Walters surrendered after the Sunday night slayings and was charged with two counts of murder, authorities said. A second woman living on the couple’s property was also shot, but her injuries weren’t considered life-threatening, police said.

Trooper Joel Davis, 36, was shot as he approached the home while responding to the report of gunfire at about 8 p.m. in the town of Theresa, near the Canadian border, said George P. Beach II, superintendent of the New York state police.

Walters’ wife, 27-year-old Nichole Walters, was found dead at the scene. Police haven’t said how she was killed.

WWNY-TV in Watertown reported Justin Walters was brought to a town court around 4 a.m. Monday to be charged with first-degree murder in Davis’ slaying and second-degree murder in Nichole Walters’ death. He was ordered held in the Jefferson County Jail without bail. Walters didn’t have a lawyer at the arraignment.

When the judge asked Walters if he knew why he was in court, Walters responded that he didn’t know, the station reported.

State police said Davis, of Evans Mills, graduated from the Basic School of the New York State Police Academy in May 2013. He originally was assigned to the Troop D Watertown barracks before receiving his current assignment at the state police barracks in Philadelphia, New York, just outside Fort Drum.

Davis previously worked for the county sheriff’s office as a road patrol deputy. His brother, Josh Davis, is a police officer in Watertown, WWNY reported.

Joel Davis is survived by his wife and three children.

“Trooper Davis served as a member of the New York State Police for four years and his death is yet another sad reminder of the risks law enforcement officers face each day in order to protect our communities and serve the residents of this great state,” the Democratic governor said, while urging New Yorkers to keep Davis’ family, friends and colleagues in their thoughts and prayers.

Cuomo later ordered that flags on all state government buildings be flown at half-staff in the slain trooper’s honor.

Jerry Mikels, a friend of Nichole Walters’ from their mutual Syracuse-area hometown, said she was devoted to her toddler-aged son and was always willing to help people. Nichole met Justin Walters around the time she finished high school in Mattydale, Mikels said.

“She got along with everybody,” he said. “If she knew you needed help, she would help out. She was there for my wife when she had cancer.”