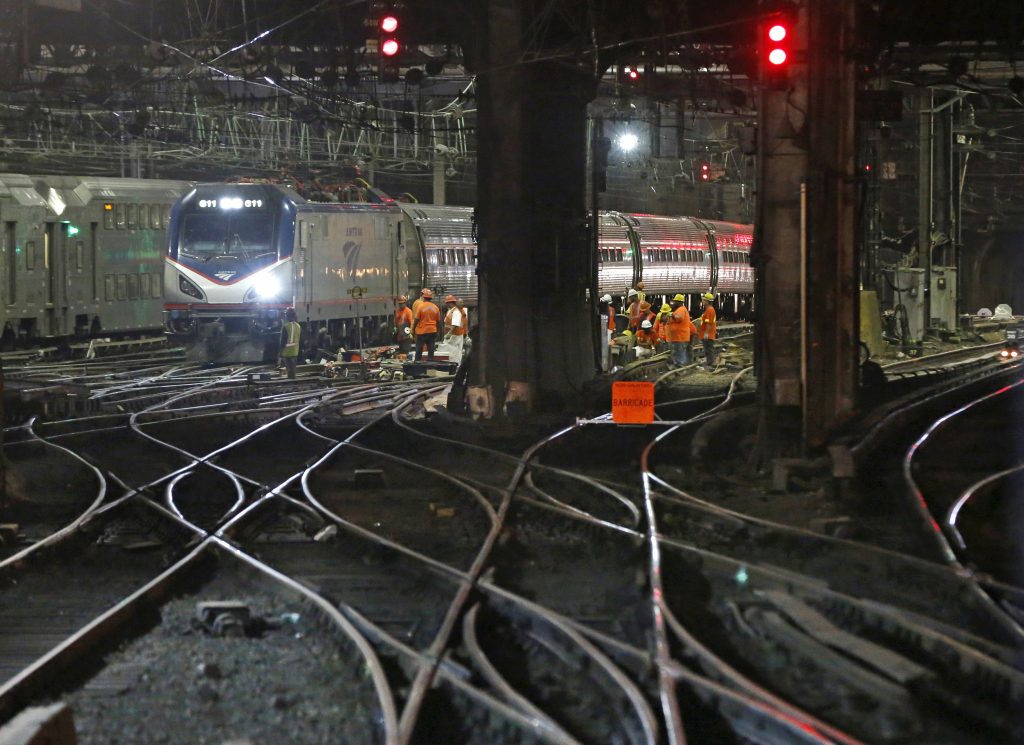 The day of reckoning has come for rail commuters into New York City.

Amtrak has begun extensive repairs Monday to tracks and signals in Penn Station, which it owns and operates. The work was initially scheduled for nights and weekends over a few years, but two recent derailments and other problems that spotlighted the station’s aging infrastructure convinced Amtrak to accelerate the work schedule.

For several hundred thousand commuters on the Long Island Rail Road and New Jersey Transit — as well as Amtrak passengers who ride between Boston and Washington, D.C. — that means fewer trains during peak periods, the result of track closures to accommodate the repairs.

Monday morning’s rush got off to a slow start without any apparent problems.

The work is scheduled to last through the end of August.

The LIRR is adding train cars to try and serve as many people as possible, and is urging riders to switch to subways in Brooklyn and Queens. New Jersey Transit is diverting some rush hour trains to Hoboken, where passengers can switch to trains operated by the Port Authority of New York and New Jersey, or to ferries.

Both railroads are offering discounted tickets to those most affected by the disruptions, and have devised plans that use alternative forms of transportation.

On Sunday, New York Gov. Andrew Cuomo announced that all non-emergency road construction work would be suspended from 5 a.m. until 10 p.m. and that all lanes would be open on major roadways in the New York City area starting Sunday night. It was hoped that would clear major arteries for expanded bus service into Manhattan from Long Island.

Penn Station, which Amtrak took over in the 1970s, handles twice as many daily train movements, about 1,300, as it did then. Roughly 600,000 people pass through each day on trains and New York City subways.

When this summer’s work is completed, rail riders will benefit from increased reliability from having up-to-date equipment in and around the station, but will still fall prey to other problems such as electrical wire failures in the tunnel between New York and New Jersey, and signal and track problems in northern New Jersey east of Newark.

Those problems will have to wait for the completion of the Gateway project, which plans to build a second rail tunnel under the Hudson River, repair damage in the existing tunnel from 2012’s Superstorm Sandy and make substantial improvements on the New Jersey side and in Penn Station. That is expected to take at least another decade to complete.