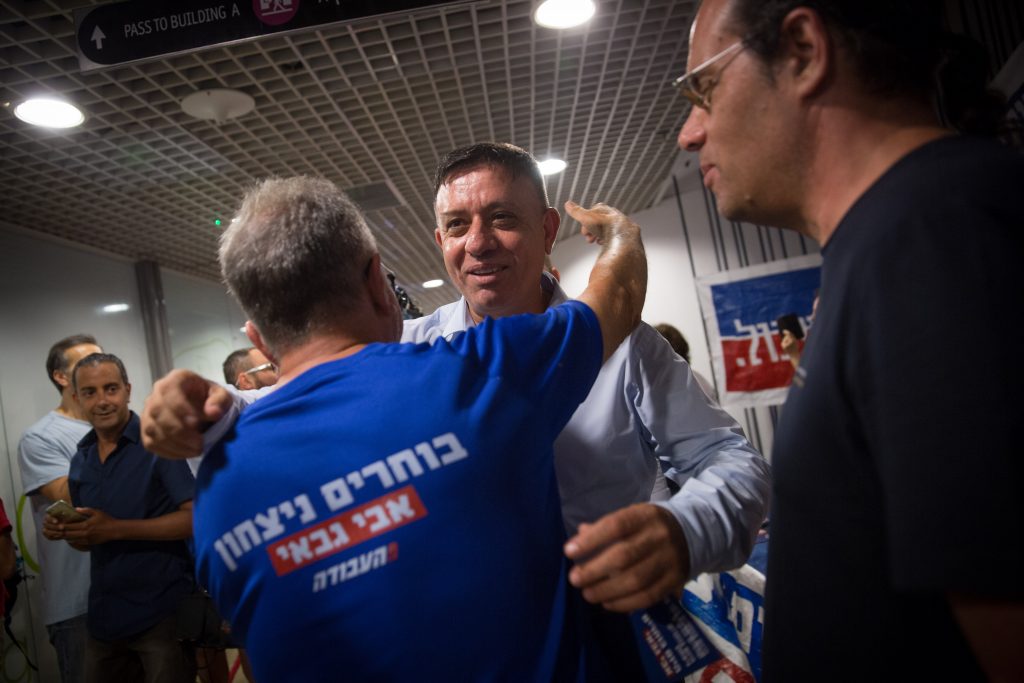 Israeli Labor Party voters decided on Monday that if their party is to have any future as a major force in national politics, new leadership is required, and that ousting Isaac Herzog and replacing him with another established figure, like Amir Peretz, wouldn’t be sufficient.

Instead, in a startling upset, they chose Avi Gabbay over Peretz by a vote of 52.4 percent to 47.6 in the runoff for the chairmanship. Gabbay bested his showing in the first round, when he came in second place, with 2,000 fewer votes than Peretz.

Gabbay is a political unknown compared to Peretz, a head of the Histadrut who became the Labor Party chairman and served as minister of defense.

Moreover, Gabbay is an altogether new face in the party. He only joined Labor at the end of December 2016, having quit his post as Environment Minister from the Kulanu party after Avigdor Lieberman took his Yisrael Beytenu party into the coalition. He entered politics in 2015, after having been CEO of Bezeq.

Peretz was the frontfrunner with far more experience and more endorsements from senior Labor officials. In the end, that was likely his undoing, as he was identified with the old officialdom that has presided over the decline of the party in recent years.

Age was certainly a factor. In a party looking to the future, Gabbay has the appeal of relative youth, 50 years old to Peretz’s 65. Gabbay’s success at recruiting thousands of new members for the party, who presumably voted for him, had something to do with it as well.

The turnout was considered rather high: Over 52,000 Labor voters cast ballots in a primary in the middle of a July heat wave. They went to 80 polling stations across the country between 11 a.m. and 9 p.m. A computerized system made possible announcement of the outcome only a half-hour after the polls closed.

Labor has been troubled by internal battles for years. Gabbay becomes the party’s 10th leader since the assassination of Prime Minister Yitzchak Rabin in 1995.

Now comes the hard part, building the Labor Party back up.