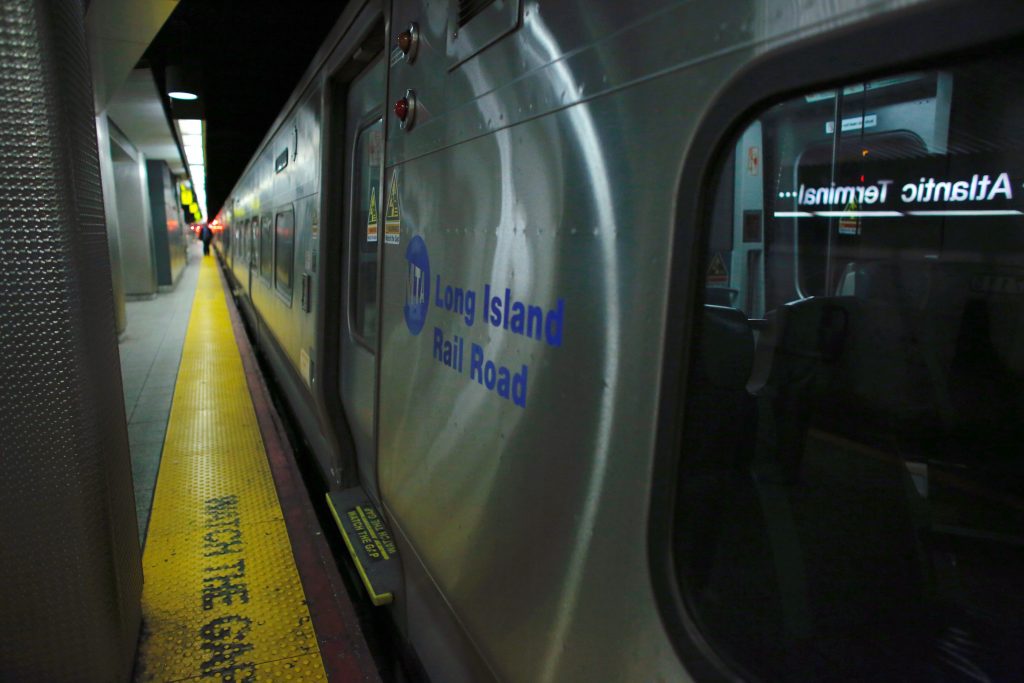 All aboard the lawsuit train.

Even before this week’s start of a two-month track renovation project at New York’s Pennsylvania Station that’s expected to disrupt life for hundreds of thousands, some frustrated Long Island Rail Road riders filed a lawsuit over its chronic shutdowns, delays and packed trains that they say are unacceptable.

It is believed to be the first such legal action by riders over the most recent problems with rail lines running in and out of Penn Station.

“It’s getting unsafe. People are fighting because it’s so unbearable. The anxiety is out of control,” says Meredith Jacobs, vice president of sales for a Manhattan dress manufacturer and a plaintiff in a lawsuit filed last month.

The suit against the Metropolitan Transportation Authority, the LIRR’s parent organization, claims breach of contract, negligence and “intentional infliction of emotional distress,” listing a litany of complaints alleging the railroad is failing to provide on-time, safe and reliable service. It seeks unspecified damages.

“The mornings tend to not be as bad, but the evenings are a nightmare,” says Jacobs, who has been riding the LIRR from her home in Wantagh to Penn Station for 24 years. “The trains and platforms are usually standing-room-only.”

An MTA spokesman said the authority does not comment on pending litigation.

Paul Liggieri, an LIRR commuter and attorney who filed the lawsuit, hopes the suit, even if it fails, elicits changes for commuters. “We are requesting hundreds of documents be turned over. I am hoping they will help give me answers for my clients.”

Liggieri is also waiting to learn whether a state judge will grant class-action status to the lawsuit, making it possible for hundreds, if not thousands, of commuters eligible to join in.

The lawsuit comes as Amtrak, which operates Penn Station, presses on with infrastructure improvements, including track and switch replacement, at the nation’s busiest rail station.

In order to accommodate the work, which will require some of the station’s 21 tracks to be taken out of service, the LIRR, New Jersey Transit and Amtrak itself have altered service schedules. Those commuting from Long Island are being told to consider going to stations the LIRR serves in Brooklyn and Queens and transferring to the city subways. The LIRR also is adding cars to all trains to accommodate more riders on fewer trains into Penn Station.

The epicenter of activity in New Jersey likely will be Hoboken, where NJ Transit is diverting trains that would normally go into New York. An estimated 15,000 extra passengers will have the option of crowding onto already-packed Port Authority Trans-Hudson trains or taking ferries.

Joe Lhota, who was named last month as MTA chairman, has said the agency will make adjustments to its service plan on the fly, assessing how things go after both the morning and afternoon commutes on Monday, the first day the changes go into effect. “We’re going to remain flexible and evaluate what makes sense and what doesn’t make sense,” he told reporters.

The LIRR, which began in 1834, is the busiest commuter railroad in North America. It has over 700 miles of track on 11 branches, stretching 120 miles from Manhattan to Montauk. Grousing about LIRR service has been a staple of life for Long Islanders for decades, but a spate of breakdowns, power failures and minor derailments in recent years has brought many to a boiling point.

“I can count on one hand how often that train is on time,” says Claire Kalakowski, a sales analyst for a Manhattan information services business who is not a party to the lawsuit.

“I used to call my boss whenever I was going to be late, but I changed that,” she said. “Now I call when I’m going to be on time. I hardly call at all.”