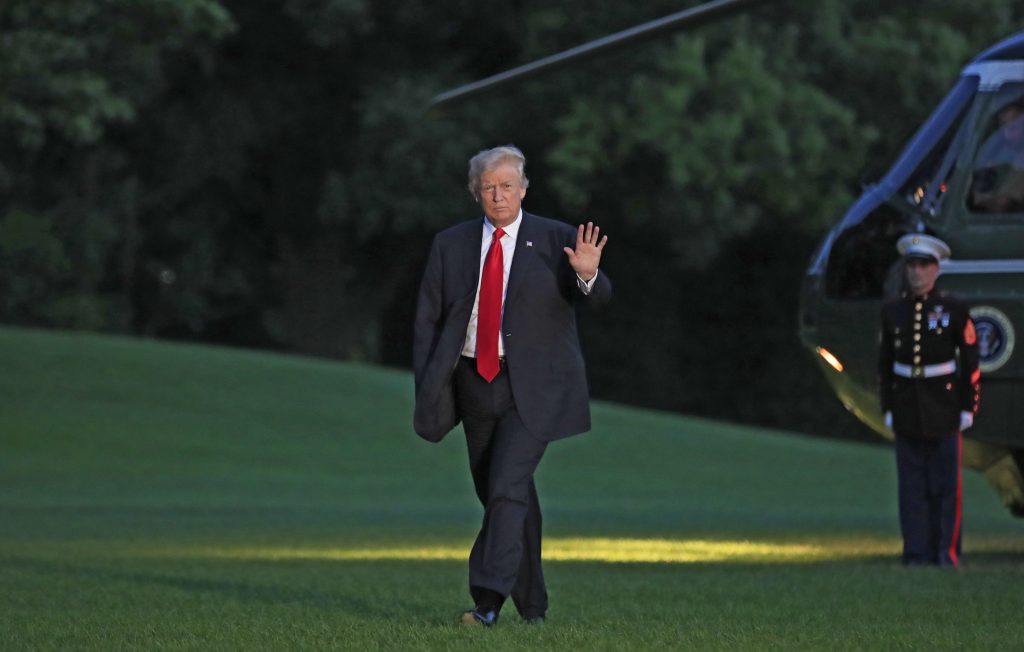 President Donald Trump said Sunday that “it is time to move forward in working constructively with Russia” after his lengthy meeting with Russian President Vladimir Putin in Germany. But he is still avoiding the question of whether he accepts Putin’s denial that Russia was responsible for meddling in the 2016 election.

Speaking in a series of early morning tweets after returning the night before from a world leaders’ summit in Germany, Trump said that he “strongly pressed” Putin twice over Russian meddling during their lengthy meeting Friday.

Trump said that Putin “vehemently denied” the conclusions of American intelligence agencies that Russian hackers and propagandists tried to sway the election in Trump’s favor. But Trump would not say whether he believed Putin, tweeting only that he’s “already given my opinion.”

Trump has said he believes that Russia probably hacked the emails of the Democratic National Committee and Hillary Clinton staffers, but that other countries were likely involved as well.

“He asked questions, I replied. It seemed to me that he was satisfied with the answers,” Putin said.

U.S. officials have not pushed back on that account, even when pressed directly.

Speaking briefly with reporters aboard Air Force One on Saturday evening, both Treasury Secretary Steve Mnuchin and National Security Adviser H.R. McMaster punted when given the chance to correct the record.

“You know, we’re not going to make comments about what other people say,” said Mnuchin. “President Trump will be happy to make statements himself about that.”

U.S. Secretary of State Rex Tillerson, who participated in the Trump-meeting, had suggested Friday that the two sides had, in effect, agreed to disagree on the meddling question so that they could move forward to address other pressing issues, like the civil war in Syria.

Officials announced during the trip that the two sides had brokered a cease-fire in southern Syria that went into effect Sunday. Trump tweeted that the deal “will save lives.”

Tillerson told reporters Sunday that, “In all candidness, we did not expect an answer other than the one we received” from Russia.

The two sides also agreed to create a cybersecurity task force to ensure that “election hacking, & many other negative things, will be guarded,” Trump tweeted.

Trump also said that U.S. sanctions on Russia were not discussed during the meeting and that, “Nothing will be done until the Ukrainian & Syrian problems are solved!”