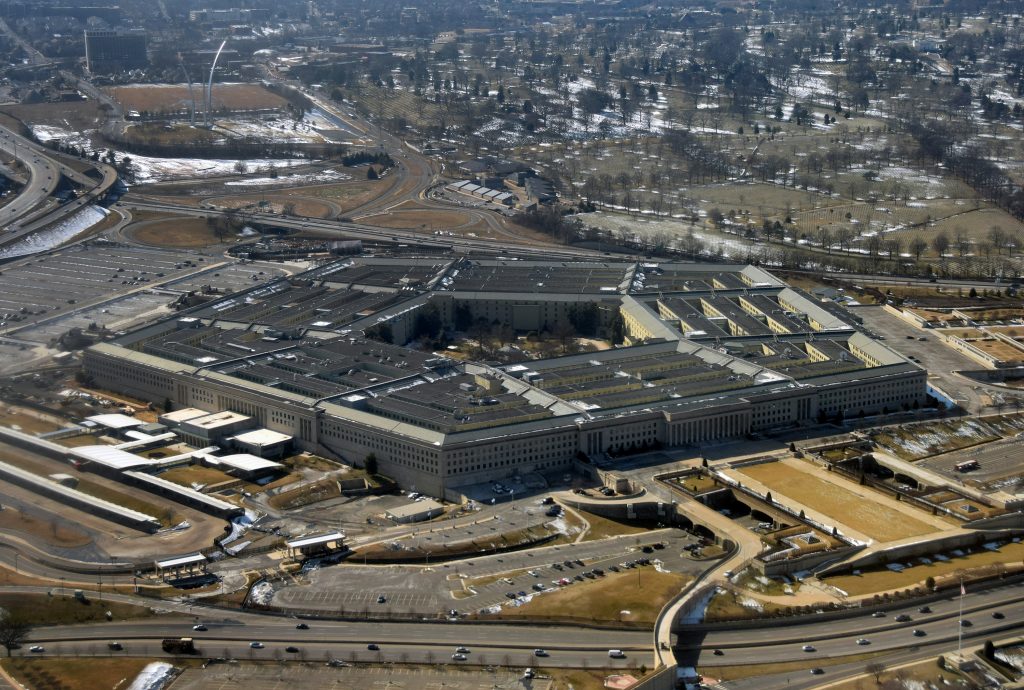 The Pentagon is taking initial steps to more closely enforce so-called “Buy American” laws, elevating a series of Depression-era statutes that require manufacturers to rely on U.S. materials when they make guns, equipment, uniforms and food for the nation’s military.

A June 30 memo from the Office of Management and Budget provides new guidance on how federal agencies should enforce such laws, asking them to limit exemptions and calling for them to draft policies to maximize the procurement of U.S. products, specifically mentioning steel, iron, aluminum and cement.

An earlier memo from the Pentagon’s top acquisitions office instructs federal contractors to put in place a training program on how to comply with the 80-year-old laws.

The documents come as President Donald Trump has vowed to put American interests first as he rewrites the nation’s trade agenda. The White House published an April 18 “Buy American” executive order, focused on limiting the use of waivers and ending what it considers to be unfair trade practices. It is also weighing broader restrictions on steel and aluminum imports.

At a time when the president’s other major initiatives are held up in Congress and in the courts, changes to Defense Department acquisition policy might be seen as an easier path to enact change.

“This is an area where the president’s hand is very strong and he has a lot of authority to make policy,” said Andrew Hunter, a procurement expert at the Center for Strategic and International Studies.

The two laws in question are the 1933 Buy American Act, which requires the Pentagon to purchase domestically-produced products for purchases over a $3,500 threshold, and the more-restrictive 1941 Berry Amendment, which applies mainly to clothing and food products purchased by the military.

Together, these laws ostensibly require that the U.S. military’s entire supply chain be sourced from inside the country, down to the textile factories that churn out soldiers’ uniforms and the metalworkers that help make tanks and ammunition.

But in practice a sprawling hodgepodge of free trade agreements means American defense manufacturers can draw heavily on foreign materials. In fiscal year 2013, for example, approximately $19.7 billion, or about 6.4 percent of all U.S. military spending, went to foreign entities, according to a May 2014 report from the Defense Department Office of the Under Secretary of Defense for Acquisition, Technology and Logistics.

The largest portion of that money is spent on raw materials like fuel and construction supplies. But the Pentagon also pays foreign firms to manufacture airframes, ship components, combat vehicles, weapons and medical supplies. Also, defense products that are built by U.S. firms generally have deep supply chains incorporating products from allies like Canada and numerous foreign raw materials.

Even when no exemptions exist, those laws are not always enforced. Out of a sample of 33 Air Force contracts reviewed last year by the Defense Department’s Inspector General, about a third didn’t enforce the Buy American Act, often due to administrative error or a lack of familiarity with the law on the part of procurement officials.

U.S. weapons manufacturers generally want to see those exemptions stay in place because it gives them more flexibility over their supply chains. Industry representatives are also worried that all the talk around domestic sourcing laws could spook the government officials who oversee specific contracts, leading them to turn down legitimate exceptions to the law.

“Waivers are there for a reason,” said Ronald J. Youngs, assistant vice president for national security policy at the Aerospace Industry Association, which lobbies on behalf of defense contractors. “I think (government) contracting officers are going to be much more reluctant to step out and do a waiver even when it makes sense.”

Others are worried that closer enforcement of Buy American laws could drive up prices for taxpayers by reducing competition.

“We’re now involved in a global supply chain,” said Chris Taylor, chief executive of government contracting market research firm Govini. “In the 1930s, when the Buy American Act was passed, we weren’t at all.”

Bill Greenwalt, a former Defense Department procurement secretary who is now a senior fellow at the Atlantic Council, suggested closer enforcement of Buy American laws could even bring retaliation from other countries, hurting U.S. sales.

“Foreign governments now have a lot more foreign alternatives in (aerospace and defense) than they once did,” Greenwalt said. “This renewed focus on Buy American will not be good for U.S. manufacturing jobs if our allies begin to look elsewhere.”

There’s little evidence of a backlash so far. But the Buy American push is becoming a subject of conversation in international defense policy circles, as Trump’s brash leadership style and unconventional encounters with foreign leaders add a wrinkle to established international relationships.

“Mr. Trump said, and he’s right, I work for Americans so I want the Buy American Act. Why not? So Europe should say ‘I work for Europe so we want the Buy European Act,'” Eric Trappier, chief executive of French aerospace firm Dassault Aviation, told the trade journal Defense & Aerospace Report last month at the Paris Air Show. “We need reciprocity.”