Technology Knee Replacements Minus Morphine – Getting Opioids Out of the OR
Health, Science & Technology 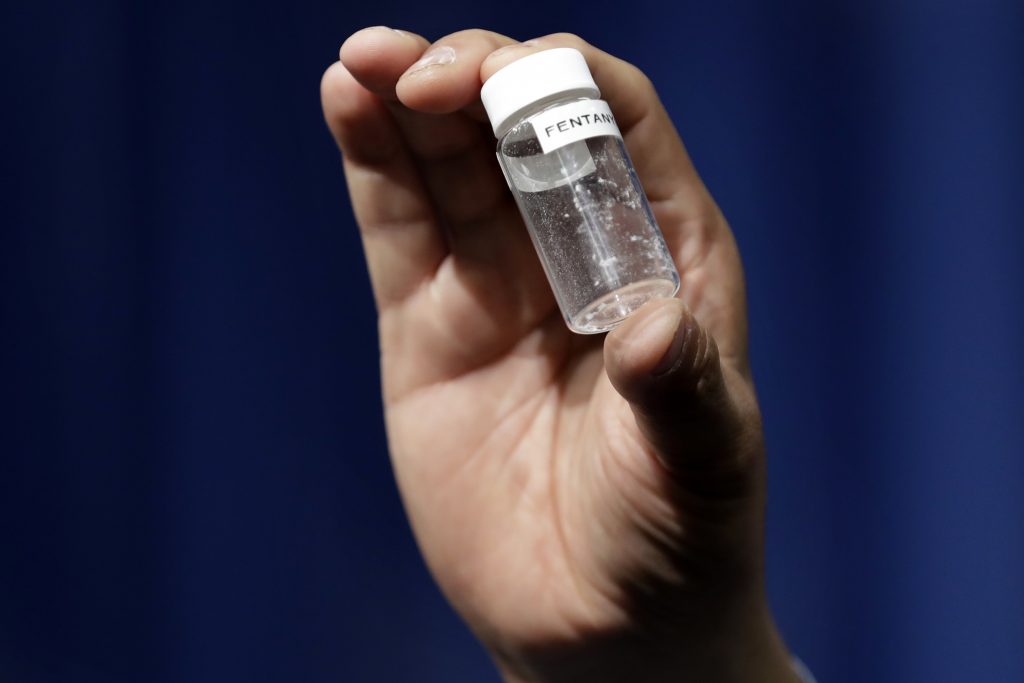 Amber McCanna’s hip replacement in 2016 was her sixth surgery in 10 years. It was also the start of a life without opioids.

McCanna, 37, spent years hooked on powerful daily doses of opioids prescribed by her doctors for chronic joint pain. But when she had her most recent operation, it was with the help of an approach that minimizes the use of the highly addictive painkillers that have riven communities and ruined lives across the U.S.

“I haven’t had any narcotics since then,” the mother of three said. “I’ll never allow myself to be dependent on opioids again.”

McCanna is at the forefront of a new movement in U.S. medicine to fight drug dependency. Despite malpractice lawsuits costing millions of dollars, dozens of physician convictions by the Drug Enforcement Administration for criminal misuse of painkillers and 33,000 overdoses in 2015, doctors are still writing hundreds of millions of opioid prescriptions every year. Now, some surgeons and anesthesiologists are trying to squeeze opioids out of the operating room.

Doctors don’t have the luxury of time to wait for a new generation of opioid-free painkillers that companies are racing to develop. So they’re turning to long-established drugs similar to Novocain, a favorite of dentists, to perform procedures using an approach not unlike the epidurals women often receive during childbirth.

The difference is that anesthesiologists target specific joints, such as the shoulder, knee or hip. They’re also increasingly recommending alternatives such as massage and meditation to supplement drugs for pain control.

“Opioids are being shunned,” said Lynn Webster, an anesthesiologist and vice president at PRA Health Sciences Inc., a company that helps drug-makers develop medications, including new painkillers. “Physicians are avoiding prescribing them for fear of losing their licenses.”

Since 2012, the DEA has taken more than 5,000 actions against doctors, dentists and other health professionals for prescribing excessive quantities of opioids. These actions entail criminal prosecutions as well as revoking and suspending licenses. State laws are also forcing the hand of doctors and hospitals.

David Auyong and Neil Hanson, anesthesiologists at Virginia Mason Medical Center in Seattle, have been encouraging the use of nerve blocks that numb specific parts of the body, rather than opioids whose effects reach the lungs, gastrointestinal system and the brain. Guided by ultrasound imaging, Auyong guides a catheter into spaces where he can bathe individual nerves with bupivacaine, a long-acting, numbing drug.

After surgery, pumps continue to deliver the drug directly to the nerves for two to four days until the most intense pain subsides. It’s a move away from using systems that allow patients to give themselves limited amounts of opioids, like morphine. Using this technique, Auyong and Hanson were able to substantially reduce the amount of opioids patients received for total knee-replacement procedures. They’ve also been able to cut the length of hospital stays, as patients are ready to move and walk sooner after surgery.

“We want patients to be comfortable, and the surgeon wants them to be active,” said Auyong, who travels around the U.S. preaching the opioid-sparing approach to doctors. “This technique allows patients to be pain-free without weakness.”

Often called regional anesthesia, the technique has been embraced at top orthopedic hospitals, such as the Hospital for Special Surgery in New York. It requires more work, training and follow-up to place catheters and make sure they continue to work, than just giving a pill. HSS has a fellowship program that promotes expertise in diverse forms of pain control, including regional anesthesia, said Greg Liguori, chief of the department.

“These people are in very high demand,” he said.

Auyong and Hanson are looking beyond orthopedics and developing a protocol for using regional anesthesia in kidney transplants, and perhaps other complicated procedures as well. Heron Therapeutics Inc. is developing a long-acting gel containing bupivacaine and an anti-inflammatory drug that would give patients opioid-sparing pain control for about three days after surgery.

The goal is to have fewer cases like Amber McCanna’s. Suffering debilitating pain from an inherited joint misalignment, McCanna had her first hip operation almost 12 years ago. After each operation, she took more and stronger doses of opioids, and in 2009, under a doctor’s direction, she began taking opioids around the clock.

She was surprised when a new orthopedic surgeon, Presley Swann, then practicing at Methodist Sports Medicine in Indianapolis, suggested McCanna could have a hip replacement using a nerve block and little or no opioids. McCanna went “cold turkey” in about six weeks before her operation.

Swann said he uses a variety of alternatives to opioids, including ibuprofen. About two-thirds of his patients get no narcotics at all and many, like McCanna, thank him for helping them control their use of opioids, he said.

More than a year after her surgery, McCanna said she remains free of opioids, has finished an undergraduate degree in psychology and is moving back to her home state of Oregon to start graduate school.

“I was a slave to the medication,” she said. “I felt trapped, really trapped, and now I don’t and that feels so great.”