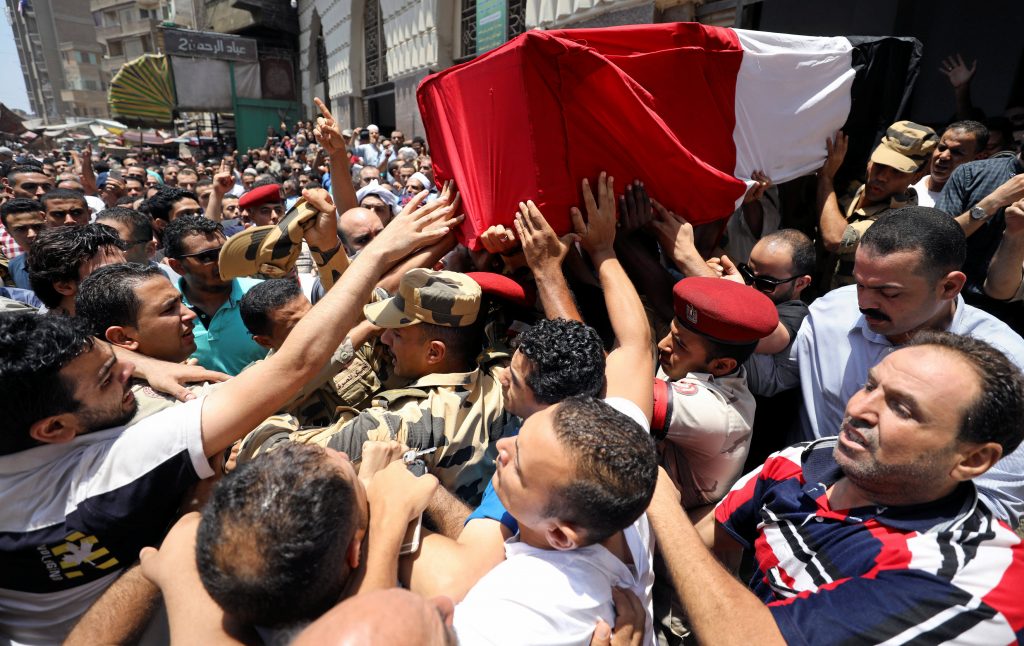 The Islamic State terror group has claimed an attack on a remote Egyptian army outpost in the Sinai Peninsula that killed at least 23 soldiers, the deadliest assault in the turbulent region in two years.

IS said in an online statement late Friday that it carried out the attack as the army was preparing to assault terrorist positions in the territory bordering Gaza and Israel.

The coordinated attack suggested the Sinai-based terrorists are among the region’s most resilient, after IS in Iraq and Syria, where the so-called caliphate is rapidly losing ground. It also underscored the challenges facing Egypt’s security forces as they try to contain the insurgency.

Egypt has for years battled terrorists in Sinai, where the jihadis have exploited the vast, arid and underdeveloped region, recruiting from its disgruntled Bedouin population.

Friday’s assault began in the early morning, when a suicide bomber rammed his vehicle into a checkpoint at a military compound in the village of el-Barth, southwest of the border town of Rafah. Dozens of masked militants then descended on the site in 24 Land Cruisers and opened fire on the soldiers with machine guns, according to security officials.

The shooting lasted nearly half an hour, the officials added, speaking on condition of anonymity because of regulations. The troops at the compound were estimated to have numbered about 60.

When the attack subsided, the militants apparently looted the checkpoint, snatching weapons and ammunition before fleeing, the officials said. A number of terrorists were killed in the shootout and some of their vehicles were abandoned at the scene.

The suicide blast apparently disabled the checkpoint’s military communications system, forcing an officer to use his own cellphone to record an audio message seeking help.

According to the IS statement, a second car bomber was used to strike an army convoy sent to reinforce the embattled soldiers. The IS claim was circulated by supporters online and picked up by the U.S.-based SITE Intelligence Group, which monitors jihadi websites.

Earlier, Egyptian army spokesman Tamer el-Rifai confirmed the attack, saying that 26 army personnel were killed or wounded. He didn’t provide a breakdown, but added that 40 of the terrorists were killed.

Local Sinai residents, speaking on condition of anonymity because they fear for their safety, said they saw Apache helicopters carrying out airstrikes across Rafah after the attack.