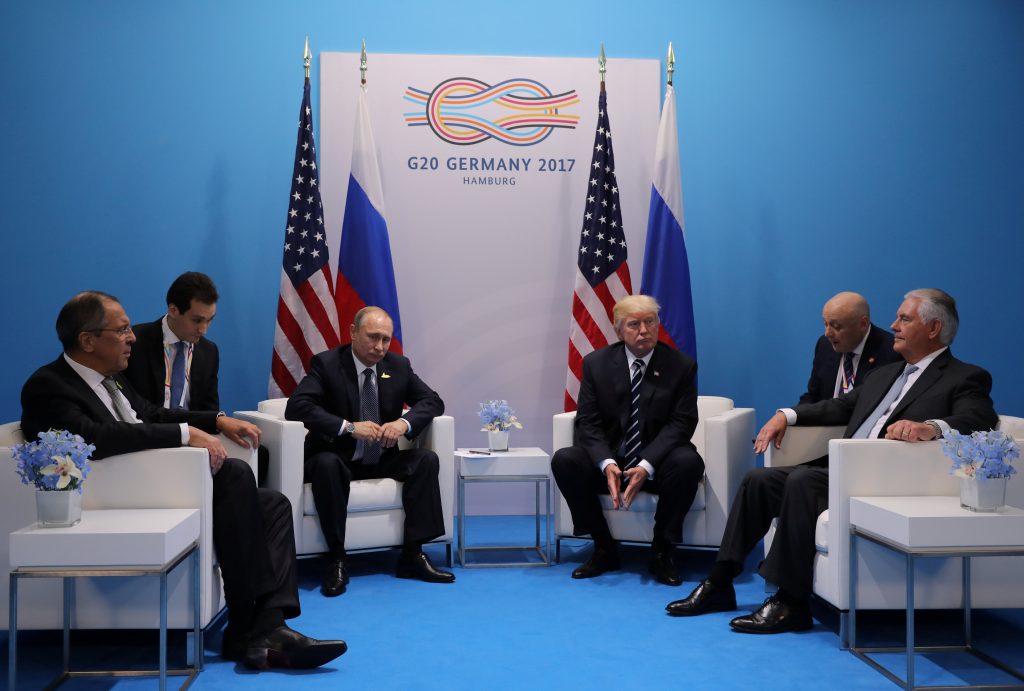 The deal marks a new level of involvement for the U.S. in trying to resolve Syria’s civil war. Although details about the agreement and how it will be implemented weren’t immediately available, the cease-fire is set to take effect Sunday at noon Damascus time, said the officials, who weren’t authorized to discuss the cease-fire publicly and spoke on condition of anonymity.

Jordan and Israel also are part of the agreement, one of the officials said. The two U.S. allies both share a border with the southern part of Syria and have been concerned about violence from Syria’s civil war spilling over the border.

The deal is separate from “de-escalation zones” that were to be created under a deal brokered by Russia, Turkey and Iran earlier this year. The U.S. was not a part of that deal. Follow-up talks this week in Astana, Kazakhstan, to finalize a cease-fire in those zones failed to reach agreement.

Previous cease-fires in Syria have collapsed or failed to reduce violence for long, and it was unclear whether this deal would be any better.

Earlier in the week, Syria’s military had said it was halting combat operations in the south of Syria for four days, in advance of a new round of Russia-sponsored talks in Astana. That move covered southern provinces of Daraa, Quneitra and Sweida. Syria’s government briefly extended that unilateral cease-fire, which is now set to expire Saturday — a day before the U.S. and Russian deal would take effect.

The new agreement to be announced Friday will be open-ended, one U.S. official said, describing it as part of broader U.S. discussions with Russia on trying to lower violence in the war-ravaged country. Officials said the U.S. and Russia were still working out the details as Trump and Putin concluded their more than two-hour meeting on Friday.

The U.S. has been wary of letting Iran gain influence in Syria — a concern shared by Israel and Jordan, neither of which wants Iranian-aligned troops amassing near their territories. A U.S.-brokered deal could help the Trump administration retain more of a say over who fills the power vacuum left behind as the Islamic State is routed from additional territory in Syria.

Though U.S. and Russian officials had been discussing a potential deal for some time, it didn’t reach fruition until the run-up to Trump’s meeting with Putin on the sidelines of the Group of 20 economic summit in Germany, officials said.

Before Trump’s meeting with Putin — his first with the Russian leader — Secretary of State Rex Tillerson signaled that Syria’s civil war would be high on the agenda. Tillerson said in a statement before departing for Germany for the meeting that the U.S. remained open to cooperating with Russia through “joint mechanisms” to lower violence in Syria, potentially including no-fly zones.

“If our two countries work together to establish stability on the ground, it will lay a foundation for progress on the settlement of Syria’s political future,” Tillerson said on Wednesday.

Moscow reacted angrily when the U.S. downed a Syrian jet last week after it dropped bombs near the U.S.-backed Syrian Democratic Forces conducting operations against the Islamic State group. Russia warned its military would track aircraft from the U.S.-led coalition as potential targets over Syria and suspended a hotline intended to avoid midair incidents.