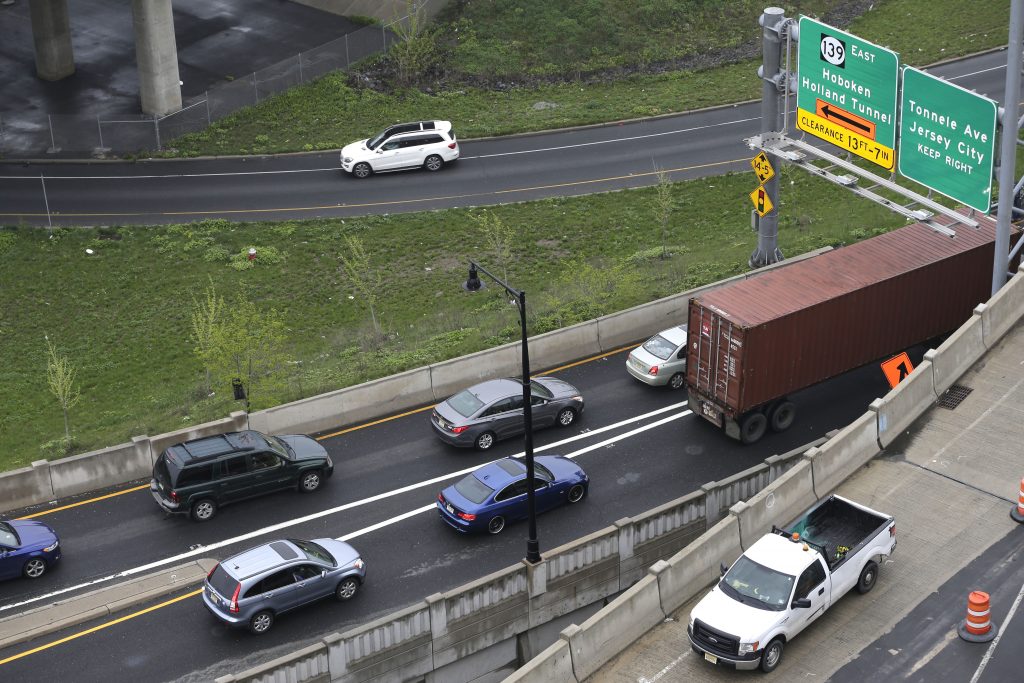 Authorities say 14 passengers aboard a private bus have suffered minor injuries after colliding with a car near the Holland Tunnel in New Jersey.

The accident occurred around 11 a.m. Thursday in Jersey City on the approach to the tunnel that connects New Jersey with New York.

Authorities say the driver was not seriously hurt and was cited for not having a driver’s license, making an improper turn and careless driving.

The accident is under investigation.