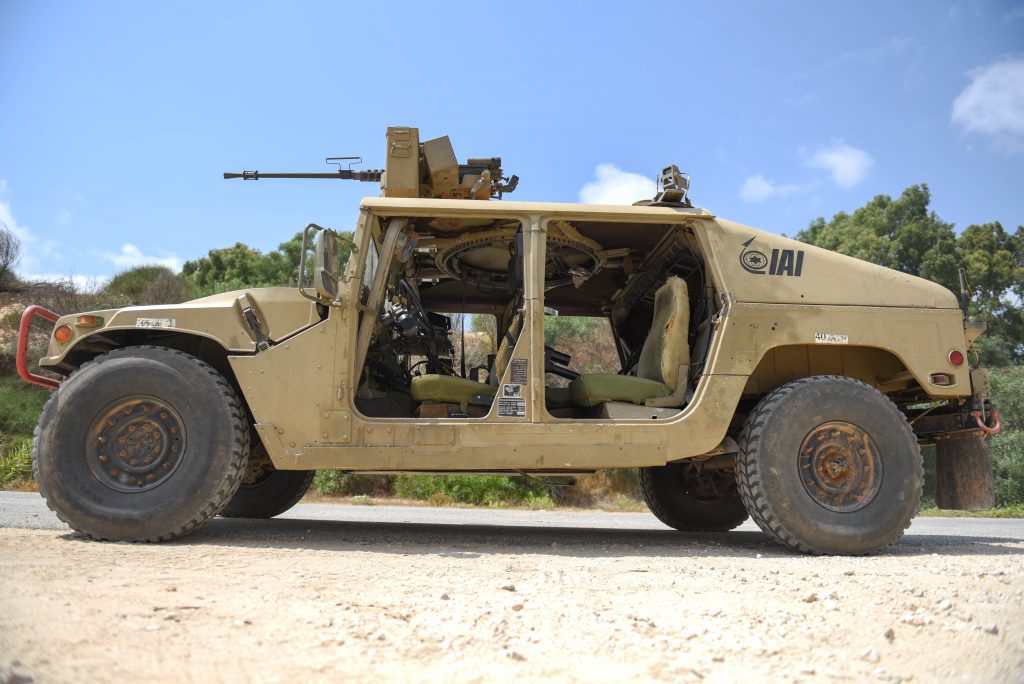 The IDF on Thursday unveiled some of its proudest innovations at a briefing for military correspondents.

“The army is standing in a completely different place than it was in 2014,” a senior officer in the Logistics and Technology Directorate said.

Among the new items demonstrated was an armored personnel carrier, the Eitan (slated for active service in infantry battalions in the coming year), as well as an autonomous Hummer.

The Hummer is equipped with a camera that transmits visual data to the operator, who can remotely drive the vehicle from a distance of up to two miles. This range is expected to increase, and a test on the vehicle along with the Oshkosh transport trucks who will have the system installed on them will take place in September.

The Eitan can carry 12 soldiers — including the commander, gunner and driver — and has touch-screen systems offering a 360-degree view of the battlefield.

Equipped with advanced defense systems such as the Trophy active protection system and hi-tech armor designed to protect against RPGs and anti-tank missiles, the Eitan also comes equipped with an FN MAG, .50 caliber heavy machine gun and a 30mm cannon with a range of 2,500 meters and a missile launcher that can be operated without the crews leaving the vehicle and exposing themselves to the enemy.

The IDF has also invested into advanced transport trucks which “can move gear and transport vehicles like never before,” the senior officer said, adding that the trucks can carry over 80 tons of equipment.

The new outfitting includes: lighter weight uniforms that are more durable than the old ones, tactical vests with an attachable backpack, a helmet that gives better protection as well as shape-camouflaging helmet cover, knee guards that bend according to the movement of the soldier, and a headlamp designed for urban and tunnel warfare.

It’s all part of the 5-year Gideon Plan, in which the army has invested millions of shekels into increasing supplies for combat operations, including ammunition, fuel, food, replacement parts and training schools.