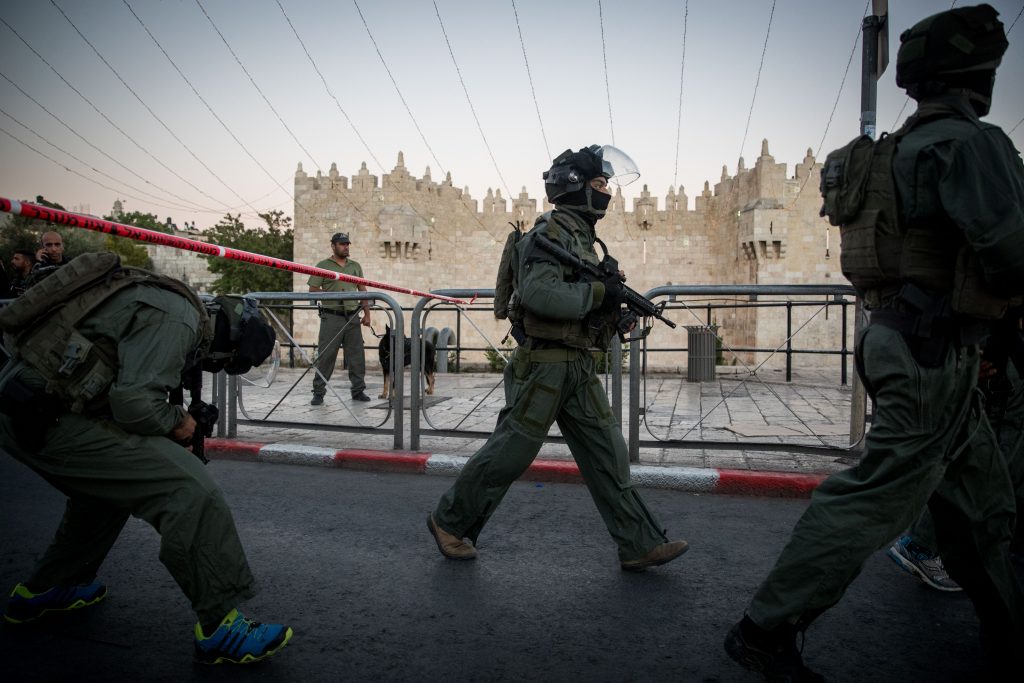 IDF soldiers overnight Wednesday mapped out the location of the home of one of the terrorists who murder Border Guard Hadas Malka, Hy”d, last month. The home, in the village of Dir Abu Mashaal near Ramallah, belongs to the family of Adal Hassan Ahemd Ankoush. The family will soon receive eviction notices in advance of the IDF’s demolition of the home, the army said.

IDF soldiers and Shin bet agents overnight Wednesday shut down two workshops for the manufacture of arms in the village of A-Ram next to Yerushalayim. The workshops produced dozens of weapons a year. They included several large metal cutting machines, along with dozens of weapons in various stages of manufacture. Soldiers confiscated the equipment and weapons, and made several arrests.

Overnight Wednesday, security officials said they arrested 14 wanted security suspects in other areas in Yehudah and Shomron. The suspects were wanted for participating in rioting and throwing stones and firebombs that endangered Israeli civilians and IDF soldiers. Several of the suspects were also charged with belonging to Hamas. All were being questioned on their activities by security forces.