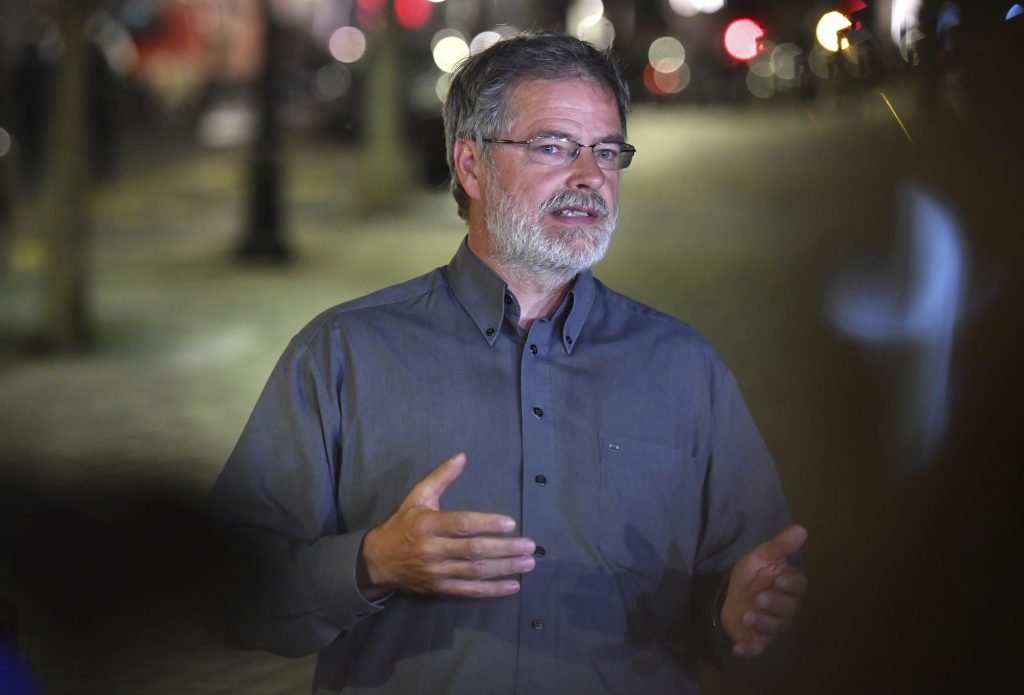 Belgian authorities were looking for at least one other suspect Thursday after raiding a half dozen sites and charging two men with terror-related offenses.

However, they insisted that they have no information that an attack was imminent and that the investigation was not linked to past attacks in Paris and Brussels.

“We have no material element whatsoever to assume that a new attack would be planned,” Federal magistrate Eric Van der Sypt said in a telephone interview with The Associated Press.

Van der Sypt refused to elaborate how many suspects authorities are still seeking.

“In investigations like this you are always looking for people,” he said.

Wednesday’s raids in Brussels caused alarm across Belgium as police found Kalashnikovs, small firearms, police uniforms and detonators. The federal prosecutor’s office said in a statement that two Belgians were charged with “taking part in the activities of a terrorist group.”

Belgian media reported early Thursday that a new attack could happen soon as some people were still on the loose. The March 22, 2016, attacks at Zaventem airport and the Brussels metro which killed 32 people, took place a few days after a major arrest.

Prime Minister Charles Michel told legislators later Thursday that “we will closely follow the situation and based on the available information, the threat level can be reviewed.” It currently stands at the second-highest level.

Van der Sypt did not want to sound too alarmist. “You can never predict how people react. They are unpredictable,” said Van der Sypt. “Is it a scenario that we take into account? Yes. Do we have concrete indications for it? No.”

Belgium and France are both on high alert after a series of attacks in recent years.

Belgian media said the raids centered on a bikers group, the Kamikaze Riders, but Van der Sypt said the link was incidental.

“In this investigation, they have nothing to do with this,” Van der Sypt said.