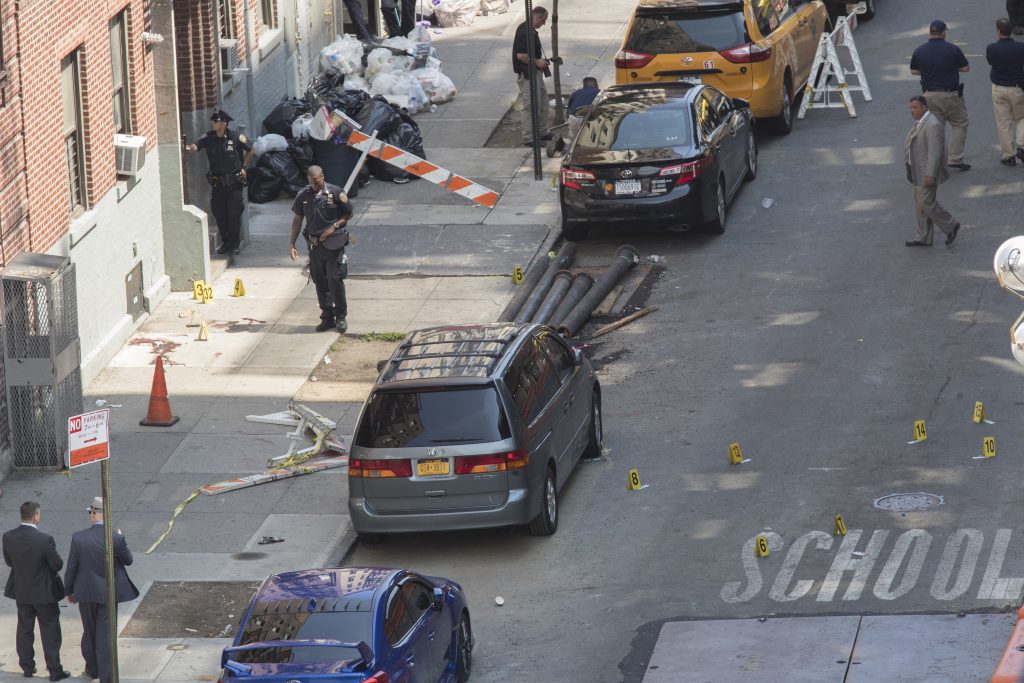 New York Gov. Andrew Cuomo has directed that flags on all state government buildings be flown at half-staff in memory of a New York City police officer fatally shot while sitting in a vehicle Wednesday.

“Officer Miosotis Familia spent 12 years protecting her community as a member of the NYPD, and all New Yorkers share in the pain and heartbreak caused by her death,” Gov. Cuomo said.

“Law enforcement officers across New York put their lives on the line to protect and serve their communities. This horrific and senseless assassination is a devastating reminder of the risks these brave men and women face each day. I offer my deepest condolences to Officer Familia’s loved ones and fellow members of the NYPD. Today, we all come together to mourn one of New York’s Finest.”

A gunman shot the officer in the head as she sat in a mobile command post vehicle in the Bronx. The gunman fled but was fatally shot by police after he pointed a revolver at them.

Flags will be flown at half-staff beginning Thursday and remain in that position until the officer’s burial.

After Wednesday’s horrific assassination of Officer Familia, Brooklyn’s elected officials are reinforcing their support of New York’s Finest. These officials are led by NYC Councilman David G. Greenfield and Community Board 12 District Manager Barry Spitzer, who are organizing a pro-police rally Thursday morning in front of Brooklyn’s 66th Precinct.

“An attack on a NPYD officer is an attack on this entire city,” Greenfield said. “We need to be clear that this is outrageous and that we admire, respect and love law enforcement in New York City.”

“These brave individuals put their lives on the line for the City of New York, and it’s important that we tell them how much we value their courage, especially at a time like this,” said Community Board 12 District Manager Barry Spitzer.

Meanwhile, Attorney General Jeff Sessions says the killing of a New York City officer in “cold blood” is the latest in a troubling series of attacks on police officers over the past two years.

Sessions issued a statement on Wednesday saying “these attacks must stop.”

Sessions said, “We must honor the service of every law enforcement officer and the memory of those we have lost in the line of duty.”