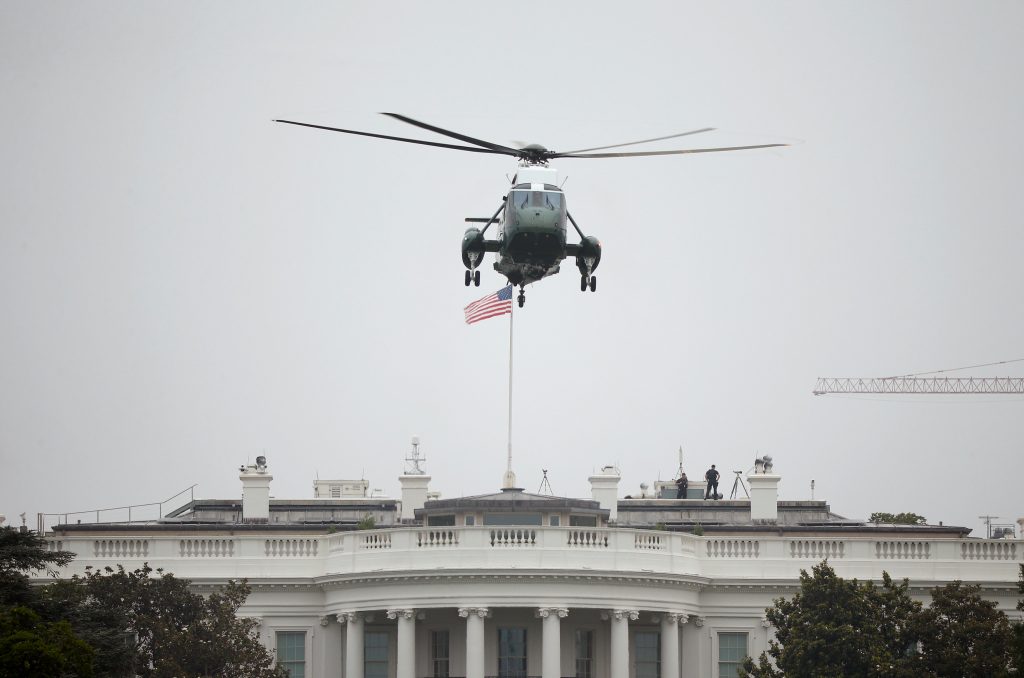 President Donald Trump expressed frustration with China on Wednesday for failing to do more to cut off support to North Korea and exert pressure to curb its nuclear pursuits.

North Korea’s intercontinental ballistic missile test this week demonstrated a dangerous new reach for weapons it hopes to top with nuclear warheads one day. The launch is spurring U.S. demands for global action to counter the threat.

Since he entered the White House, President Trump has talked about confronting Pyongyang and pushing China to increase pressure on the North, but neither strategy has produced fast results. Trump had expressed optimism after his first meeting with China’s President Xi Jinping that the two would work together to curb North Korea’s nuclear program.

Moments before he departed for Poland, President Trump chastised China on Twitter.

“Trade between China and North Korea grew almost 40% in the first quarter,” the president tweeted. “So much for China working with us – but we had to give it a try!”

In his initial response to the launch on Monday evening, President Trump urged China on Twitter to “put a heavy move on North Korea and end this nonsense once and for all!” But he also said it was “hard to believe” that South Korea and Japan, the two U.S. treaty allies most at risk from North Korea, would “put up with this much longer.”

North Korea conducts about 90 percent of its trade through China. China has long resisted intensifying economic pressure on neighboring North Korea, in part out of fear of the instability that could mount on its doorstep, and President Trump has not found a way to break through Beijing’s old habits.

President Trump spoke with Xi and Japanese Prime Minister Shinzo Abe on Monday, discussing North Korea and its nuclear program with both leaders. He will meet them both this week at the Group of 20 meeting in Germany, as well as have his first meeting with Russian President Vladimir Putin.

The Pentagon has spent tens of billions of dollars developing a missile defense system tailored to the North Korean ambition of attaining the eventual capability to attack the U.S. with a nuclear-armed missile. On May 30 the Pentagon successfully shot down a mock warhead designed to replicate the North Korean threat.

“We remain prepared to defend ourselves and our allies and to use the full range of capabilities at our disposal against the growing threat from North Korea,” she said in a statement. “The United States seeks only the peaceful denuclearization of the Korean Peninsula. Our commitment to the defense of our allies, the Republic of Korea and Japan, in the face of these threats, remains ironclad.”

Patrick Cronin, an Asia expert with the Center for a New American Security, said Trump was probably “coming to the point of no return” with North Korea, adding that the upshot could be diplomatic overtures or military action.