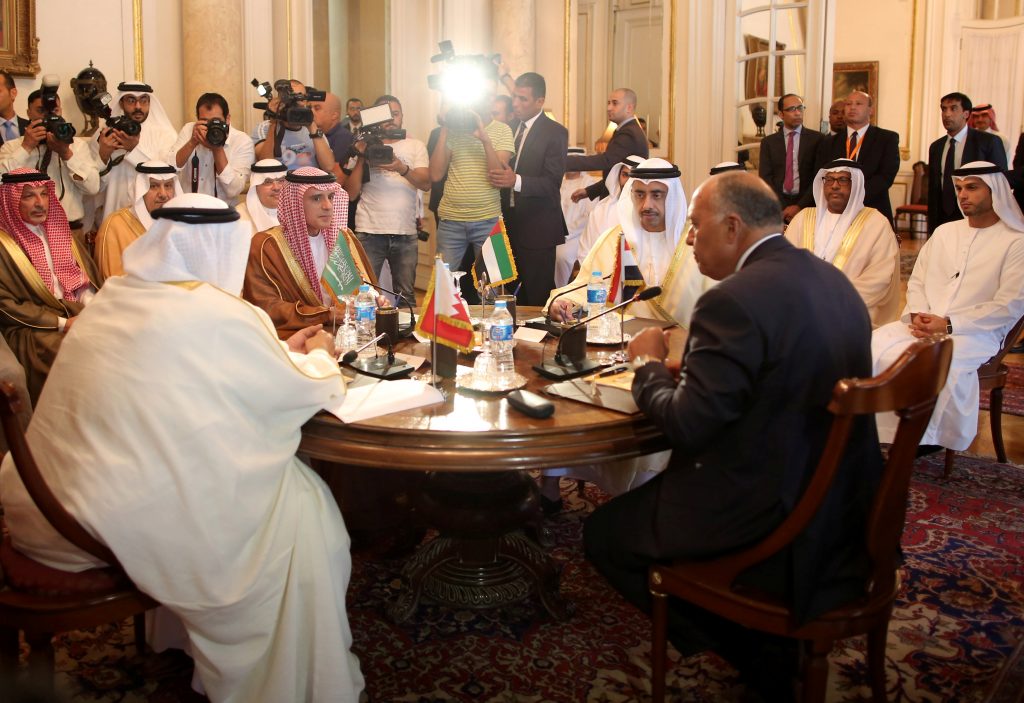 A four-member Arab bloc said Wednesday it will press ahead with efforts to isolate Qatar after the nation delivered a “negative” response to a list of demands that includes cutting ties to Islamist groups and closing the Al Jazeera network.

The foreign ministers of Saudi Arabia, the United Arab Emirates, Egypt and Bahrain said they would maintain its month-old air, land and sea blockade of Qatar that is undermining the nation’s wealthy economy and fueling regional tensions.

The ministers did not, however, announce any new measures aimed at forcing Qatar to comply, leaving room for a continuation of a flurry of diplomatic efforts aimed at containing the crisis.

Kuwait has been at the forefront of the outreach in the region. President Donald Trump also called Egyptian President Abdul Fattah al-Sissi to discuss the crisis ahead of the conclusion of the meeting in Cairo.

The Arab rift over Qatar has come at a time when Trump is seeking to rally Arab support against the Islamic State and Iran. Instead, Saudi Arabia and its regional allies have joined forces against small but powerful Qatar, which has long irked its neighbors by pursuing a foreign policy that contradicts their interests.

The list of 13 demands issued last month included an end to Qatari support for political Islamist movements, including the Muslim Brotherhood, the closure of Al Jazeera and an end all contacts with Iran.

Qatar’s response was delivered on Monday to Kuwait, which passed it onto the four nations. Though the contents of the response have not been disclosed, comments by Qatari officials ahead of the meeting made it clear that Qatar does not intend to meet the demands.

The joint statement by the four foreign ministers expressed “regret” for Qatar’s refusal, which it said “shows a lack of seriousness in dealing with the roots of the problem.” Qatar, the statement warned, has failed “to understand the importance and danger of the situation.”

Taking questions at a news conference, the ministers did not rule out that they would impose further sanctions. But they also emphasized that they intend to solve the crisis “peacefully.” Their next step, the statement said, would be to hold another meeting in Bahrain, but they did not say when that would be.