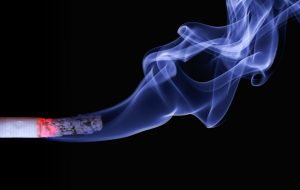 In a letter to State Attorney Avichai Mandelblit, MKs Yehuda Glick and Yoel Hasson recommended beginning major legal action against tobacco companies operating in Israel. “These companies should be subjected to a criminal investigation, for attempted murder and endangering human lives,” they wrote in the letter to Mandelblit. With 8,000 people dying annually from smoking-related diseases, “Israel is under attack by the cigarette companies, where over a million people use their products.”

Existing laws to discourage smoking – such as requiring large disclaimers in ads, and forbidding smoking in public places – have not done the job, the MKs wrote. A recent Health Ministry report indicates that more than a fifth of Israelis 21 and older smoke. A total of 22.5 percent of Israelis 21 and older smoked in 2016, 2.7 percent more than in 2015, the report said. Among men, nearly a third – 31.1 percent – smoked last year, while among women the figure was 15.8 percent. When compared to European Union countries, Israeli men smoked more than the EU average of 25.6 percent, while for women the average was lower than the EU’s 16.9 percent.

“We have yet to come across a threat that is so serious and yet the work of man,” said the letter. “We cannot fully protect people from natural disasters like earthquakes. But when the threat is man-made, this is a criminal matter and the least we can do is criminally investigate these companies as a way to protect the public.”

Lawsuits against cigarette companies have been successful in the United States and several European countries, with the most famous case leading to a $246 billion settlement in a class-action lawsuit brought by 46 U.S. states against cigarette companies in 1995. In the past, Israeli HMOs Clalit and Maccabee have tried to sue cigarette companies, but the High Court said they did not have the authority to represent their clients in class-action lawsuits. The court said that the Knesset needed to arrange for a law that would enable such lawsuits to go forward.