World Haley: U.S. Prepared to Use Force on North Korea ‘If We Must’
World 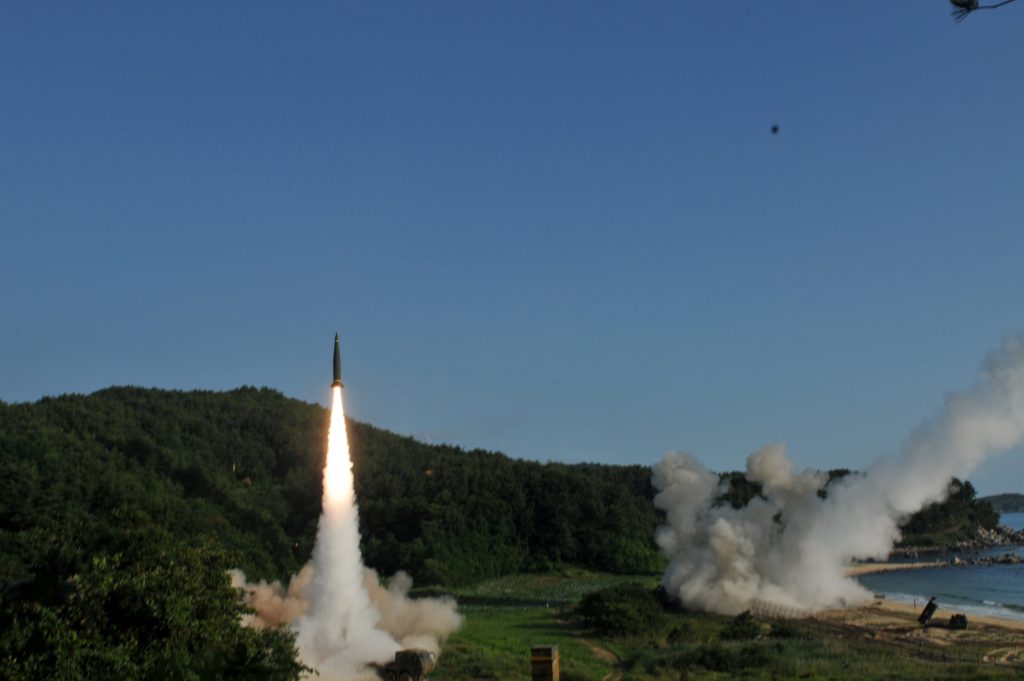 The United States cautioned on Wednesday it was ready to use force if need be to stop North Korea’s nuclear missile program but said it preferred global diplomatic action against Pyongyang for defying world powers by test launching a ballistic missile that could hit Alaska.

U.S. Ambassador to the United Nations Nikki Haley told a meeting of the U.N. Security Council that North Korea’s actions were “quickly closing off the possibility of a diplomatic solution” and the United States was prepared to defend itself and its allies.

“One of our capabilities lies with our considerable military forces. We will use them if we must, but we prefer not to have to go in that direction,” Haley said. She urged China, North Korea’s only major ally, to do more to rein in Pyongyang.

Taking a major step in its missile program, North Korea on Tuesday test launched an intercontinental ballistic missile that some experts believe has the range to reach the U.S. states of Alaska and Hawaii and perhaps the U.S. Pacific Northwest.

The missile test is a direct challenge to U.S. President Donald Trump, who has vowed to prevent North Korea from being able to hit the United States with a nuclear missile.

He has been urging China to press the isolated country’s leadership to give up its nuclear program.

Haley said the United States would propose new U.N. sanctions on North Korea in coming days and warned that Washington was prepared to cut off trade with countries doing business with North Korea in violation of U.N. resolutions.

“Much of the burden of enforcing U.N. sanctions rests with China,” Haley said. “We will work with China, we will work with any and every country that believes in peace. But we will not repeat the inadequate approaches of the past that have brought us to this dark day.”

Diplomats say Beijing has not been fully enforcing existing international sanctions on its neighbor and has resisted tougher measures, such as an oil embargo, bans on the North Korean airline and guest workers, and measures against Chinese banks and other firms doing business with the North.

The United States might seek to take unilateral action and sanction more Chinese companies that do business with North Korea, especially banks, U.S. officials have said.

China’s U.N. ambassador, Liu Jieyi, told the Security Council meeting that the missile launch was a “flagrant violation” of U.N. resolutions and “unacceptable.”

“We call on all the parties concerned to exercise restraint, avoid provocative actions and belligerent rhetoric, demonstrate the will for unconditional dialogue and work actively together to defuse the tension,” Liu said.

The United States has remained technically at war with North Korea since the 1950-53 Korean conflict ended in an armistice rather than a peace treaty and the past six decades have been punctuated by periodic rises in antagonism and rhetoric that have always stopped short of a resumption of active hostilities.

Pyongyang will not negotiate with the United States to give up those weapons until Washington abandons its hostile policy against the North, KCNA quoted Kim as saying.

“He, with a broad smile on his face, told officials, scientists and technicians that the U.S. would be displeased … as it was given a ‘package of gifts’ on its ‘Independence Day,'” KCNA said, referring to the missile launch on July 4.

The White House said on Wednesday it was exploring its options on North Korea.

“I think we’ve been pretty consistent that we’re never going to broadcast any next steps. We’re exploring those options,” White House spokeswoman Sarah Sanders told reporters on Air Force One as Trump flew to Poland.

Trump and other leaders from the Group of 20 nations meeting in Germany this week are due to discuss steps to rein in North Korea’s weapons program, which it has pursued in defiance of Security Council sanctions.

Russia’s deputy U.N. envoy said on Wednesday that military force should not be considered against North Korea and called for a halt to the deployment of a U.S. missile defense system in South Korea.

He also said that attempts to strangle North Korea economically were “unacceptable” and that sanctions would not resolve the issue.

The U.S. military assured Americans that it was capable of defending the United States against a North Korean ICBM.

“So we do have confidence in our ability to defend against the limited threat, the nascent threat that is there,” he told reporters. He acknowledged though that previous U.S. missile defense tests had shown “mixed results.”

It would now probably only be a year or two before a North Korean ICBM achieved “minimal operational capability,” he added.

Schilling said the U.S. national missile defense system was “only minimally operational” and would take more than two years to upgrade to provide more reliable defense.