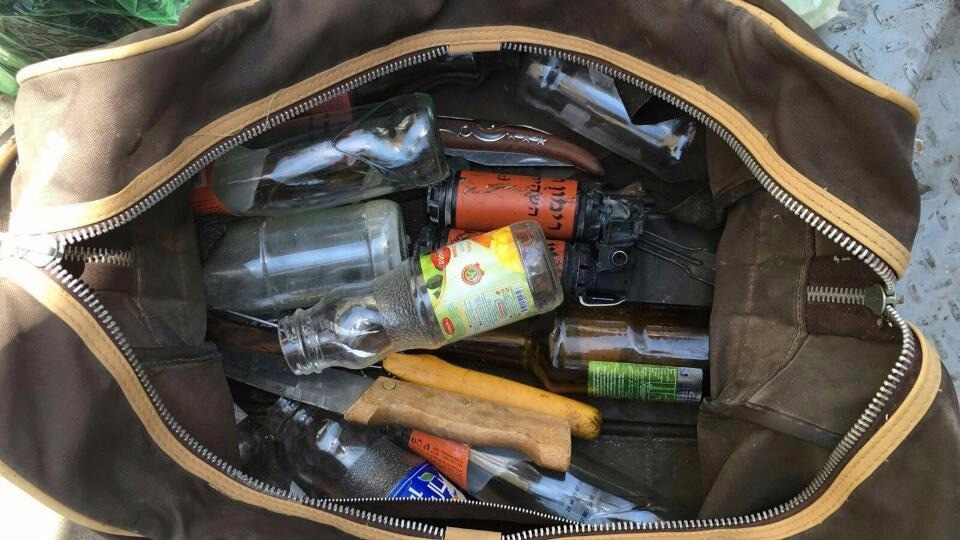 A mass terror attack, was thwarted, b’chasdei Shamayim, at the last minute on Tuesday afternoon, when Border Police arrested six suspects who attempted to enter Yerushalayim with explosives and knives hidden in their car.

The police arrested the suspects in a vehicle at the Mizmorah crossing, one of the crossings in the outskirts of Yerushalayim. Their suspicion was aroused when they noticed that the front number plate did not match the back one.

When the vehicle was searched, a bag was found containing knives, stun grenades and Molotov cocktails, including flammable materials.

The crossing was closed and a bomb disposal expert was called to secure the scene.

All the suspects, who weren’t carrying any form of identification, were transferred to the Border Police units for further questioning.