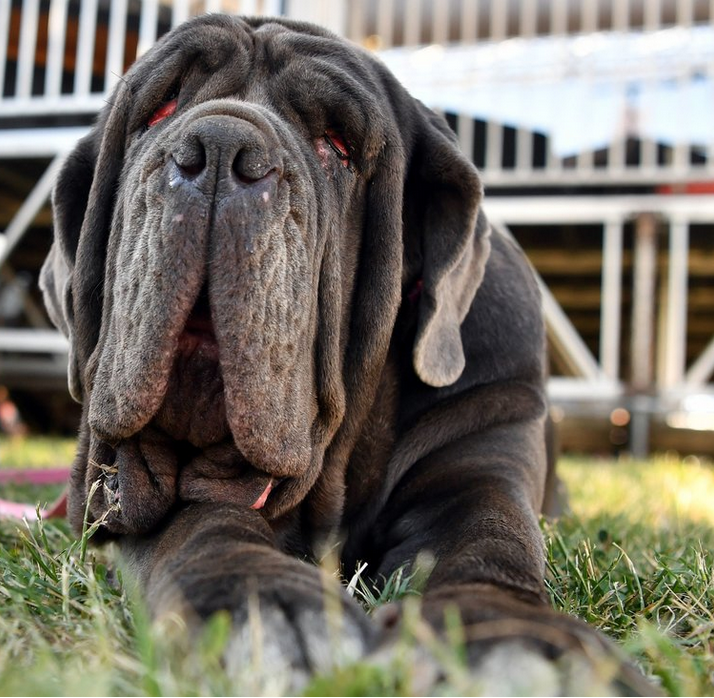 Someone really ought to give a good scolding to PETA (for the uninitiated, that acronym stands for People for the Ethical Treatment of Animals, an extremely liberal organization/movement that has practically made a religion out of “animals’ rights”). After all, isn’t it terribly demeaning to “man’s best friend” to have a World’s Ugliest Dog Contest?

That’s right. Every year, in a place called Petaluma, California, heinous looking canines converge — with their caretakers in tow — to compete for who will be the world’s champion of ugliness. And this has been going on for more than 25 years, apparently without a word of protest from the self-proclaimed champion of animals’ rights! I mean, imagine if someone were to call up a PETA person and say, “We heard that your child is exceptionally ugly, and we would like to consider his candidacy for our World’s Ugliest Child Contest.” So why aren’t they up in arms on behalf of their furry friends? Go figure.

In case you were wondering, the winner of the 2017 contest — as reported on June 25 by CNN — was a neapolitan mastiff called Martha. Now, mind you, it was not only Martha’s excessive skin flaps, heavy drool, and bright red eyes that won her the prize. For not only ugly appearance is considered, but the ugliness of the contestant’s personality as well. And with her insistence on knocking over every water bucket in sight (no matter how securely attached to a fence), incessant bossiness when it comes to other canines, and ever-ready slimy slobber for any guest who passes her way, Martha was truly deserving of being crowned World’s Ugliest Dog.

You can’t help but wonder: When ugly-dog owners initially acquire their frightful creatures, what are they thinking? “Oh, isn’t that just the ugliest little thing you’ve ever seen! That’s the one for me!” Hard to imagine, isn’t it? Perhaps some of these horrible looking creatures were up for adoption precisely because of their aesthetic handicap, and compassionate dog-lovers decided to take them in. Another plausible possibility is that, as a little pup, it may have looked cute, and only when it grew to full size did its hideousness become painfully apparent. But, by that point — for a dog owner — it can simply be too late. Dogs are not called man’s best friend for no reason.

In fact, Harav Yaakov Kamenetsky, zt”l, held that — for precisely that reason — it is preferable not to buy a dog for a child. The child can become too attached to its pet dog, and that’s not ideal. Better, Rav Yaakov held, to buy the child a pet bird (if necessary).

In any event, the fact is that once an owner feels that “this is my dog,” his fond feelings will likely cause him to overlook the dog’s ugly appearance.

“And on what do we have to rely?” rhetorically asks the Mishnah after enumerating all of the manifold problems that will present prior to Moshiach’s arrival. “On our Father in Heaven.” Since He is our father, Hashem can look past our ugliness and love us nonetheless — as the following story powerfully illustrates.

In the Philadelphia Yeshivah of the 1960s, there was a beggar who would come around every so often. Personal hygiene being quite foreign to this individual, the students would do their best to quickly give him a bit of change — with their arms outstretched — and beat a hasty retreat. The odor he exuded was just too much. Nobody wanted to get close — literally — and everyone just called him Ploni.

When the legendary Harav Mendel Kaplan began serving as a Maggid Shiur there in 1965, Ploni walked in one day while Rav Mendel was together with his talmidim. Immediately sizing up the situation, Rav Mendel walked right over to Ploni and gave him a hug. He conversed with the indigent man a bit, and then gave him a donation.

Later, unable to contain their wonderment, his students asked, “Rebbi, how were you able to do that? Didn’t you find his stench overwhelming?”

“Boys,” Rav Mendel told them, “you should know that some people suffer in this world not for themselves, but for all of Klal Yisrael. Furthermore, it’s important to realize that we don’t always look or smell so good to HaKadosh Baruch Hu, but we still want Him to bend down, k’vayachol, and give us a hug.”