World Tour Bus Bursts Into Flames After Collision in Germany, Many Killed
World 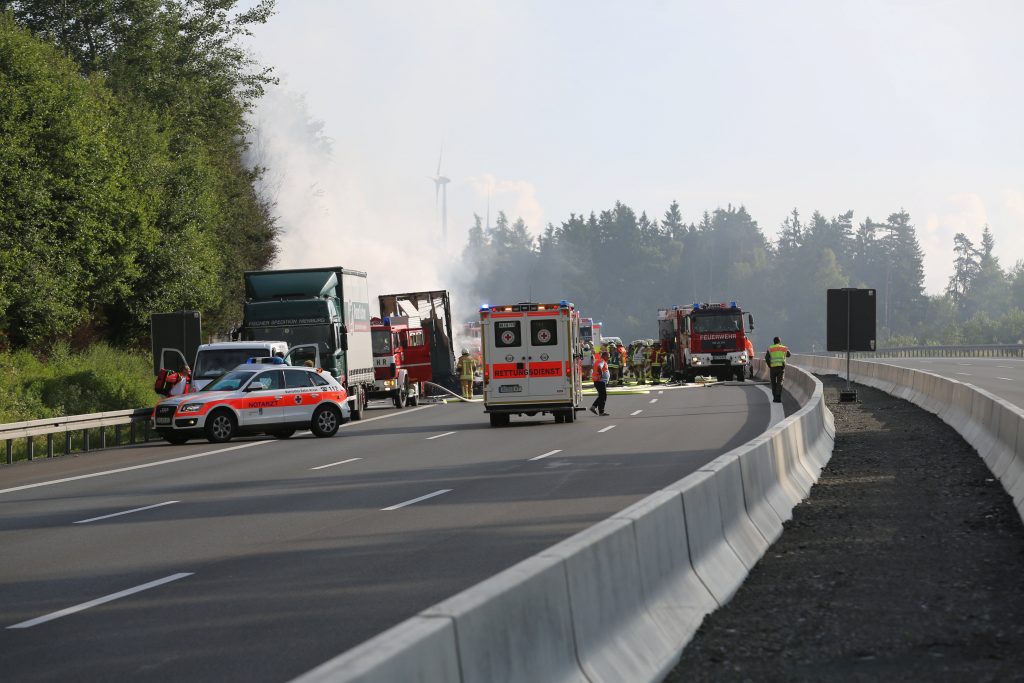 Many people were killed when a bus burst into flames after colliding with a truck on a motorway in the German state of Bavaria on Monday, the German government said.

A local newspaper, Frankenpost, said that 17 people had been killed, without identifying its source for the information.

Police said that “a number of people” had died and 31 people were injured, some of them seriously.

Police said there had been 48 people on the bus at the time of the crash.