Technology That Time a City Scared Itself Silly Over a Total Solar Eclipse
Health, Science & Technology 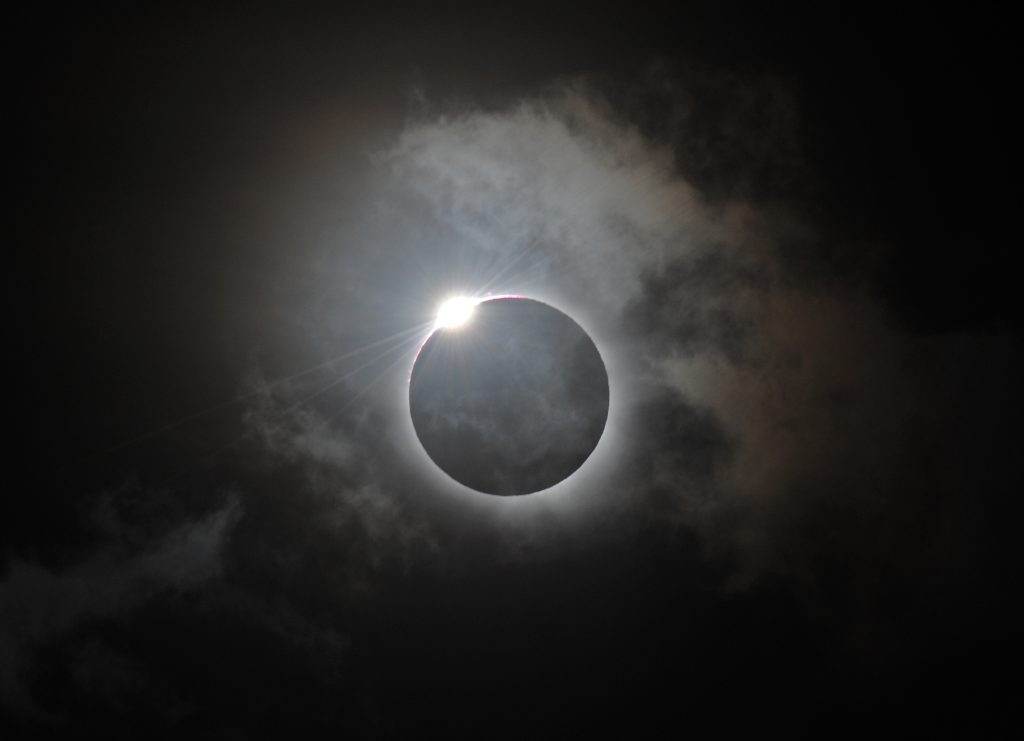 In October 1976, a total solar eclipse engulfed southern Australia and the city of Melbourne in darkness.

Roving eclipse seekers and local astronomy fans welcomed the shadow. Robin Hirst, an astronomy lecturer at the University of Melbourne’s State College, watched the eclipse from a rooftop accompanied by 60 students. The Astronomical Society of Victoria hired a Boeing 727 to observe the event from the air. Glenn Schneider, then 20 and now an exoplanet astronomer at the University of Arizona, traveled to the peak of Mount Delegate in New South Wales to watch the totality.

For those who knew what to expect, the mood was festive. “Seeing the approach of the moon’s shadow, this long conic of darkness slicing through the atmosphere that you can see extending back beyond it 240,000 miles,” Schneider said, “you can really feel yourself as part of the solar system. It connects the Earth, the sun and the moon together.”

The rest of Melbourne scurried inside to watch the moon blot out the sun on TV.

Melbourne had been suckered. “When we arrived, we started seeing there had been a very large anti-publicity campaign with misinformation about viewing eclipses,” Schneider said. “Which was incredibly unfortunate.”

The Australian Optometrical Association, fearful that the eclipse would singe Aussie eyes, created dramatic posters and tucked cautionary leaflets into newspapers. “On every street corner you’d encounter one of these warnings about the solar eclipse,” Schneider said. “I’ve never encountered that anywhere else.” (Schneider, a self-described umbraphile since age 14, has been in the path of 33 total solar eclipses; he’ll notch another when he views Aug. 21’s Great American Eclipse from Oregon.)

On his website, Schneider has collected Melbourne newspaper clippings and the city’s alarmist paraphernalia. “It is DANGEROUS to look at the sun through any kind of filter. . . . Watch the eclipse on [tv],” the posters said. “This is the only safe way to see the eclipse.”

One optometrist told a local newspaper that parents ought to lock children inside to avoid the temptation of staring into the eclipse. Another cited 170 cases of “eclipse blindness” from a partial Australian eclipse two decades earlier.

“It’s fine to err on the side of caution,” Schneider said. “But this went way too far.”

It is true that people have damaged their eyes during solar eclipses. Dangers of looking into the sun are real. In a 2002 report in the journal Eye, British doctors examined 15 people who burned their eyes during a solar eclipse in Sussex in 1999. One was a 17-year-old woman who said she stared at the sun for 30 minutes. A year later, she said she had blurry patches in both eyes and experts discovered a “pseudohole” in her right one.

But it’s easy to observe eclipses unscathed, if you add a small amount of preparation. Even if you don’t have any specialized equipment, it’s possible to watch the moon travel across the sun through pinhole projection. (This does not mean pointing your eyes at the sun through a tiny hole, but rather funneling sunlight through a hole and looking at the projection on the ground.)

Or you can watch the event directly, thanks to protective solar eclipse glasses. These are not your normal shades. The trick with the solar filters, per guidelines established by University of Waterloo ophthalmologist and eclipse chaser B. Ralph Chou, is that they block all but 0.003 percent of visible light. Filters that will not work, noted the American Astronomical Society, include exposed strips of film or “potato-chip bags, DVDs and any other materials you may have heard about for solar viewing.”

For the Great American Eclipse, libraries across the United States are handing out more than 2 million pairs of solar filters. If you can’t get your hands on those, the American Astronomical Society recommends four manufacturers of inexpensive but protective eclipse glasses: American Paper Optics, Rainbow Symphony, Thousand Oaks Optical and TSE 17.

In 1976, the technology was different, Schneider said. But there were “many perfectly safe” options, such as Mylar coated with aluminum or No. 14 welder’s glasses, which block the right amount of sunlight. And yet the Australian press acted as though citizens had dodged photonic bullets by switching on the tv. “Eclipse had top rating,” cheered one headline.

“I remember the press being a bit conflicted because they didn’t want people to look and damage their eyes,” Hirst said in a recent interview with the Melbourne Herald Sun. “I think a lot of people were warned off seeing anything at all, except on tv, but that may have saved some people’s eyesight if they didn’t get the message right.”

Eclipse misinformation persisted after 1976. Serbian leader Slobodan Milosevic warned incorrectly that the 1999 eclipse could cause heart palpitations, prompting portions of the populace to hide in basements.

But as a rule, we’ve learned from our mistakes. In fact, one result of work with total eclipses in Australia is that solar filters have specific certifications, Schneider said. And in 2012, Australia experienced another total solar eclipse. “They did an excellent job” that time around, he said.

He also applauded the coverage of the upcoming eclipse. “I think it’s been great,” he said, citing groups like the American Astronomical Society and NASA, as well as websites run by seasoned eclipse chasers. “There’s a lot of misinformation on the Internet. But there’s a lot of good information about this eclipse.”