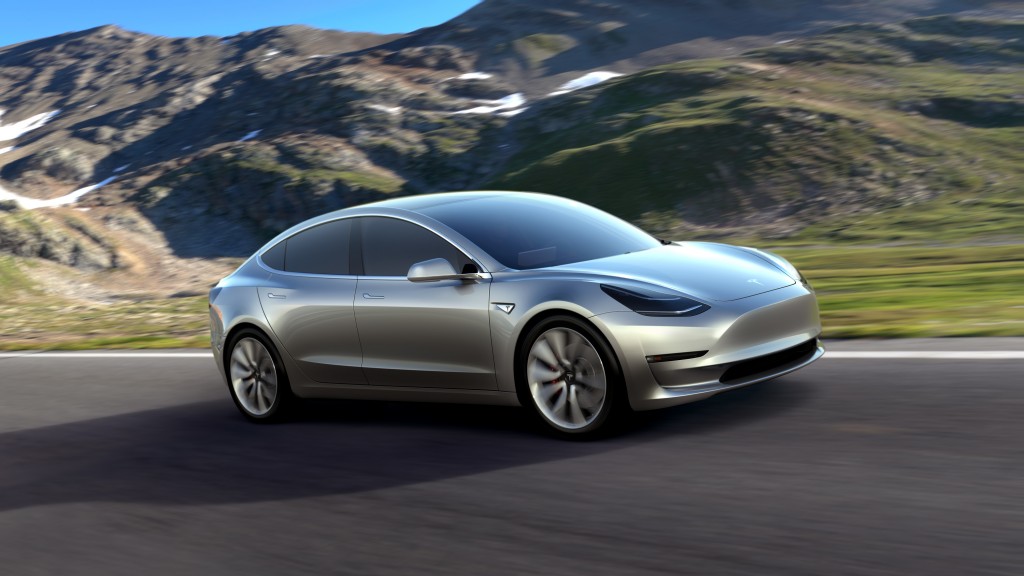 Electric car maker Tesla says its keenly awaited Model 3 car for the masses will go on sale on Friday.

CEO Elon Musk made the announcement Monday on Twitter.

The car is to start at around $35,000, and with a $7,500 federal electric car tax credit, could cost only $27,500. Tesla says the five-seater car will be able to travel 133 miles on a single charge and will be sporty, accelerating from zero to 60 miles per hour in under six seconds.

Musk had said that production was on track to start in July, but Tesla has often faced delays in getting vehicles to market. The Palo Alto, California-based company aims to make 5,000 Model 3 sedans per week by the end of this year and 10,000 per week in 2018.

Tesla hasn’t said how many people have put down $1,000 refundable deposits for the Model 3, but Musk has said people who put down a deposit now won’t get a car until the end of 2018, suggesting it could be close to 500,000.

Whether Tesla can meet its production goals is an open question. Its last new vehicle, the Model X SUV, was delayed nearly 18 months. Musk says the Model 3 is much simpler to make, but 14-year-old Tesla has no experience producing and selling vehicles in high volumes. Tesla made just 84,000 cars last year. Bigger rivals like General Motors, Volkswagen and Toyota routinely sell around 10 million vehicles per year.

Even if the Model 3 is on time, servicing all those vehicles will still be a challenge. Model S and Model X owners are already worried about having to share Tesla’s company-owned charging stations with an influx of new cars. And while Tesla is promising to increase its network of stores and service centers by 30 percent this year, it began 2017 with just 250 service centers worldwide. That leaves many potential owners miles from a service center.

Musk has said a new fleet of mobile service trucks will be deployed to help customers who are far from service centers. Tesla also plans to double its global high-speed charging points to 10,000 by the end of this year and increase them by another 50 percent-100 percent in 2018.

Until recently, Tesla owned the market for fully-electric vehicles that can go 200 miles or more on a charge. But that’s changing. GM beat Tesla to the mass market with the Chevrolet Bolt, a $36,000 car that goes 238 miles per charge. Audi plans to introduce an electric SUV with 300 miles of range next year; Ford will have one by 2020. Volkswagen plans more than 30 electric vehicle models by 2025.

Automotive competitors like Mercedes and Volvo — not to mention tech companies like Google and Uber — can also match Tesla’s efforts to develop self-driving vehicles. And they have deeper pockets. Tesla has had only two profitable quarters in its seven years as a public company.