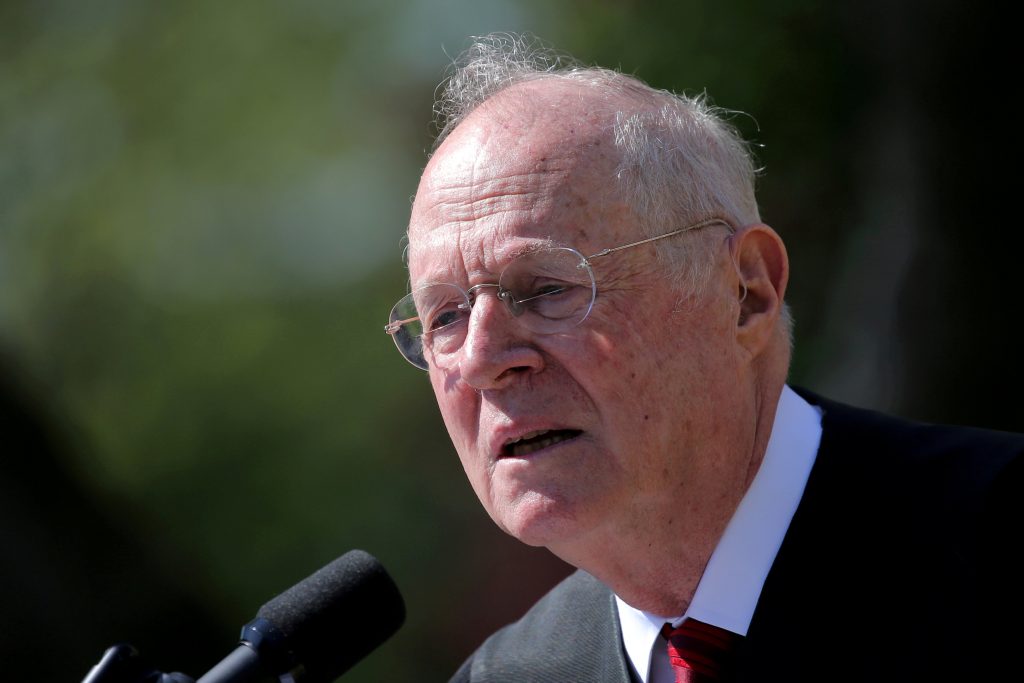 Kennedy may also have thought it best to ensure that there is a full complement of nine justices for at least a year. He could even have been put off by President Trump’s tweets about the judiciary.

But it is unlikely that Kennedy will remain on the court for the full four years of the Trump presidency. While he long ago hired his law clerks for the coming term, he has not done so for the following term (beginning Oct. 2018), and has let applicants for those positions know he is considering retirement.

That’s called burying the lede. And it’s a piece of news that, especially after a tough first six months of the Trump administration, Republicans will be very, very happy to see.

It’s not terribly surprising that Kennedy would consider retirement — indeed, there was some thought he could even have announced it last week, when the court’s term ended — but this looks like a pretty good indicator that it will come at some point in President Trump’s first term. If Kennedy is considering retiring in 2018, is he really going to stick it out until 2021, when he will be 84 years old? That seems even more unlikely now than it did before.

The upshot? It would mean that Democrats wouldn’t have a chance to unseat President Trump before the next big Supreme Court vacancy comes along. And not only that, but it would seem they may not even have a chance to stop it the other way: with a Senate majority. If Kennedy announces his retirement in advance of the term beginning in October 2018, logic suggests that the GOP would be able to fill it before that election.

Even if the vacancy is filled after the midterms, though, Democrats face a very difficult map in November 2018. To win three seats and the Senate majority, they effectively need to win the two competitive states on the map — Arizona and Nevada — along with a very red state like Texas. Oh, and they also have to successfully defend a bunch of Trump states where Democratic incumbents are up for reelection.

Basically: If this vacancy happens before 2018, that’s great for the GOP. But if it happens basically at any point in the next three years, that’s likely to be gravy too. The key is for it to happen before late 2020.

And it’s difficult to overstate the significance of all this. Indeed, if nothing else of real substance gets accomplished on Mr. Trump’s watch, it all might have been worth it for the GOP merely for his potential appointment to replace Kennedy. Kennedy is the swing vote on a pretty evenly divided nine-vote Supreme Court, and replacing him with a more conservative justice would tilt the court further to the right for years or potentially decades to come.

Replacing Kennedy with a Gorsuch-esque justice would give us five justices that were to Kennedy’s right. And that, according to Andrew D. Martin’s and Keven M. Quinn’s scores of the ideology of Supreme Court justices, would be basically unprecedented.