World Iraq on Cusp of Mosul Victory but IS Strikes Back; 15 People Killed
World 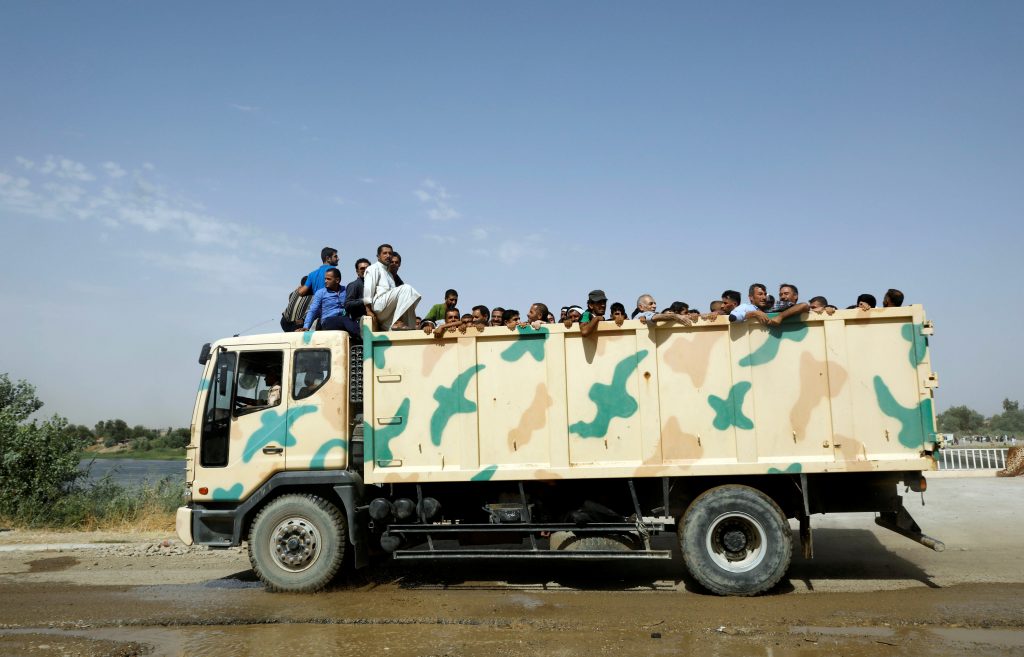 The Islamic State terrorist group is striking back with suicide bombings as Iraqi forces appear on the cusp of full victory in Mosul, with at least 15 people killed in the latest assaults across Iraq, officials said Monday.

The attacks underscore the intense violence still plaguing the battered country and the perils that remain as the battle for Iraq’s second-largest city nears its end.

In Mosul’s Old City neighborhood — the scene of IS’s last stand, where Iraqi forces are fast closing in on the last remaining pocket of terrorist-held territory — two women suicide bombers, hiding among a group of fleeing civilians, targeted Iraqi troops on Monday morning, killing one soldier and wounding several others.

And at a camp for displaced people in Iraq’s western Anbar Province, a suicide bomber dressed in a woman’s all-covering robe killed 14 on Sunday evening, a provincial official said.

After days of fierce battles, the territory held by the terrorists in Mosul is rapidly shrinking, with IS now controlling just over half a square mile.

Using women as suicide bombers is apparently the latest tactic by the terrorists, Sgt. Ali Abdullah Hussein told The Associated Press as he returned from the front line.

“They appeared from the basement [of a building] and they blew themselves up,” Hussein said of the two women bombers.

The attack happened in the area of the destroyed al-Nuri Mosque, which was the focus of the Iraqi forces’ push last week. Over the past three days, Hussein said, at least four such attacks have targeted Iraqi forces as hundreds of Mosul’s civilians are fleeing the battles in the Old City’s congested streets.

After the explosion on Monday, another group of civilians appeared on the main road, prompting the Iraqi soldiers to immediately draw their weapons. They then yelled to the group of mostly women and children to back away and take another route out.

IS overran Mosul in a matter of days more than three years ago. The U.S.-backed offensive to retake the city was launched last October and has lasted nearly nine months, although Iraqi political and military officials had vowed that victory would be declared by the end of 2016.

Iraqi forces launched the operation to retake the Old City in mid-June, and after a dawn push last Thursday they retook the area around the al-Nuri Mosque, which the terrorists had blown up just a few days earlier.

The 12th-century mosque is hugely symbolic — it was from a pulpit of this mosque that IS leader Abu Bakr al-Baghdadi proclaimed the IS caliphate in July 2014.

After the Iraqi forces retook the landmark al-Nuri Mosque, Prime Minister Haider al-Abadi declared an end to IS’s so-called caliphate and pledged victory was “near.”

The suicide bombing in Anbar took place at dusk on Sunday, as authorities were accommodating families who had fled from the Islamic State-held town of Qaim, in western Iraq, according to Councilman Taha Abdul-Ghani.

Abdul-Ghani said a police colonel was among the 14 dead, and at least 20 were wounded in the explosion.

The death toll could have been higher, Abdul Ghani said, but the colonel had become suspicious about the person in the long robe and walked up to the terrorist, embracing him — presumably to reduce the number of casualties — as he detonated his explosives.

Iraqi forces have pushed IS out of most of Anbar, and are now in the final stages of a major offensive in the northern city of Mosul. There was no immediate claim of responsibility for the Anbar attack but it had all the hallmarks of IS.