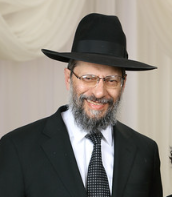 The sudden and untimely passing of Harav Yaakov Gershon Bursztyn, z”l, has left a tremendous void in Bais Medrash Govoha, Lakewood, and Klal Yisrael as a whole. Rav Yaakov Gershon personified what it meant to be a Lakewood ben Torah; his every step was defined by his identity as a talmid of BMG. He retained this identity in its totality as he transitioned from a yungerman within the beis medrash to an integral member of the yeshivah’s administration, serving as registrar for nearly 45 years. In this capacity, he saw the growth of the yeshivah from some 600 talmidim in the early 1970s to more than 10 times that many today — and he comported himself in the same way in both periods.

Rav Yaakov Gershon went to Yeshiva Torah Vodaath and Bais Medrash Elyon before going to learn in Yeshiva of Philadelphia. He ultimately came to Lakewood in 1960, and he never left. He married Chevi Genauer — daughter of Rav Hershel Genauer, one of the original 13 talmidim Harav Aharon Kotler, zt”l, founded the yeshivah with. The couple was one of the first who settled in Lakewood, and they maintained the same exemplary approach to life throughout.

Chazal (Brachos 6b) tell us that when a person who sets himself a specific place for davening is niftar, people say about him, “What a humble person, what a Chassid, he is from the talmidim of Avraham Avinu” — who himself made a specific place for davening. Rabbi Bursztyn was such a person from the beginning of his life to his very last day in his makom kavu’a in Bais Medrash Govoha’s vasikin minyan.

He was humble — those who worked with him for many years cannot remember a single instance of him standing on ceremony or being makpid on his kavod. He had the utmost respect for the yeshivah and its talmidim, and would not dream of keeping them waiting any longer than was absolutely necessary to answer their questions or to fill their needs.

He was truly from the talmidim of Avraham Avinu — talmidim were always welcome in his office. He would keep the office open at nights, remaining there after hours just in case a talmid needed something after second seder. There were also the people who came into his office just to talk, and he always listened. And, just like Avraham Avinu, his middah of k’vius helped him as he made sense of the many, many demands on his time and experience when it came to helping the talmidim of the yeshivah.