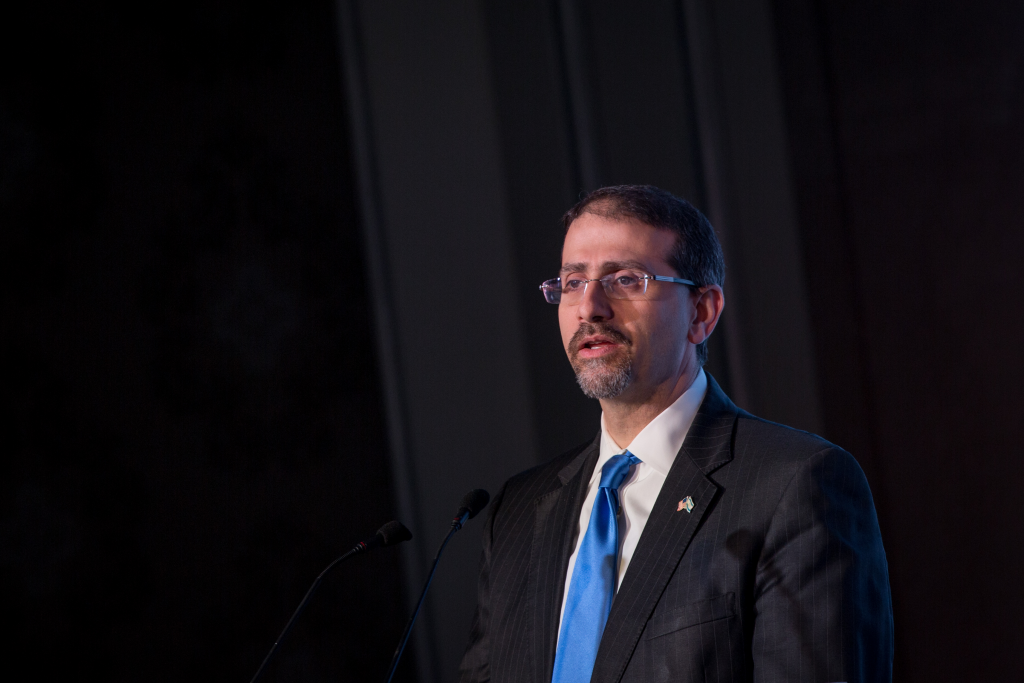 Shapiro, who stayed on in Israel after the change of administrations at a think tank in the country, claimed that after President Trump said he would make big changes in American Mideast policy, it became “very clear” to him that “President Obama has absolutely zero interest in a final dramatic move on the Palestinian issue.”

What motivated Obama’s decision, he told The Times of Israel in an interview, was the concern that a veto of the Security Council resolution condemning Israeli communities in Yehudah and Shomron as illegal, would be construed as a backing away from the two-state solution.

It was in the context of the “big party among advocates of settlements” in Israel who, after Mr. Trump’s victory, started “hooping and hollering” that the era of Palestinian statehood was over and calling for Israel’s annexation of Yehudah and Shomron, he said.

“The last thing he wanted was a fight with Trump or with Israel, with the Jewish community or with Congress over this issue,” Shapiro said of Obama. “It’s not something he wanted to do, but something we had to deal with.”

Shapiro unequivocally rejected the Israeli government’s accusation that the Obama administration deliberately connived with other countries behind Israel’s back to push through a resolution unfavorable to it. He noted that, six months later, Israel has yet to offer produce its promised proof of such a betrayal.

The former ambassador himself said that he would have preferred a different approach to the Security Council issue. He revealed that he had recommended instead of allowing the resolution to pass, that Washington should have adapted a more balanced July 2016 report published by the Middle East Quartet, which also condemned the Palestinian incitement and the “illicit arms buildup” and Hamas terrorism.

“But I also understood that the dynamics of the Security Council are not such that we just get to decide what the text is. There is a negotiation, and other players are involved,” Shapiro said. “Frankly, it wasn’t our preference to do anything in the Security Council.”

Regarding the Trump administration, Shapiro said, “It’s not my cup of tea,” but that its push for Israeli-Palestinian peace “is largely something I can support.”

The president and his team — Jared Kushner, Jason Greenblatt and David Friedman — are pursuing goals that “look a lot to me like traditional U.S. policies.”

“To me this is a very familiar and recognizable policy,” he said. “It suggests that these were not hobbyhorses of the previous administration.”