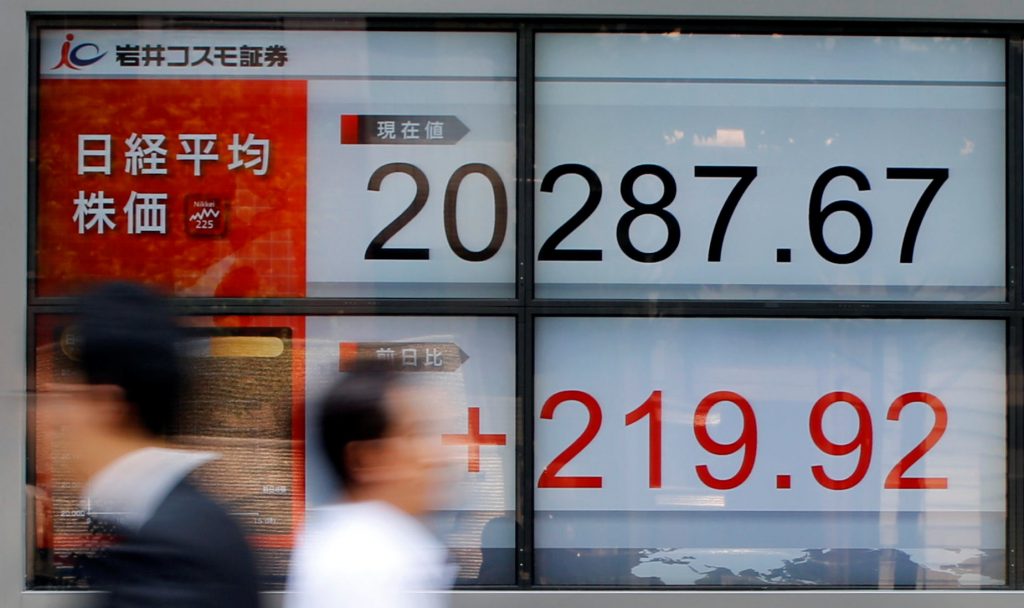 Despite an encouraging report by the Commerce Department, which said U.S. gross domestic product (GDP), the broadest measure of economic health, increased at an annual rate of 1.4 percent in the first quarter, investors unloaded technology stocks as investors bet central bankers may be ready to lift rates.

A survey showed China’s manufacturing activity accelerated in June, helped by stronger foreign demand for Chinese goods. The monthly purchasing managers’ index issued by the Chinese statistics bureau and an industry group on Friday rose to 51.7 from May’s 51.2 on a 100-point scale on which numbers above 50 show activity expanding. The Federation of Logistics & Purchasing said it was the 11th straight month of improvement.

“Looking ahead, however, we suspect that the current resilience of growth will prove temporary. With tight monetary conditions weighing on credit growth, it will be difficult to avoid a renewed slowdown in growth later this year,” Julian Evans-Pritchard of Capital Economics said in a commentary.

Benchmark U.S. crude rose 23 cents to $45.16 a barrel in electronic trading on the New York Mercantile Exchange. It gained 19 cents to settle at $44.93 a barrel on Thursday. Brent, the international standard, gained 28 cents to $47.91.