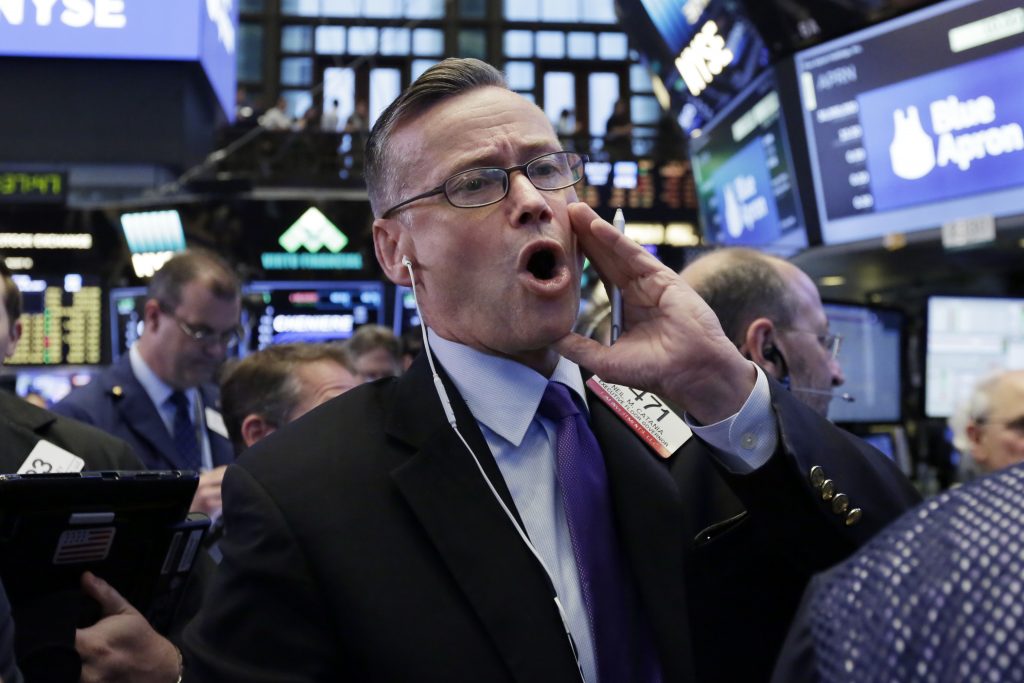 U.S. stocks were sharply lower in afternoon trading Thursday as investors sold off shares in technology and most other sectors in favor of banks and energy companies. Utilities, real estate companies and other high-dividend stocks also fell as bond yields rose.

THE QUOTE: “European shares were down, and that’s certainly giving a little bit of pause for concern,” said Eric Wiegand, a senior portfolio manager with Private Wealth Management at U.S. Bank. “Investors, ourselves included, are anxious to get into earnings season a couple of weeks from now.”

ECONOMIC SNAPSHOT: The Commerce Department said that the nation’s gross domestic product, the broadest measure of economic health, increased at an annual rate of 1.4 percent in the first quarter. That’s better than the previous estimate of 1.2 percent and double the initial estimate of 0.7 percent. The upgrade reflects new-found strength in consumer spending and exports.

BANKS BOUNCE: Financial sector stocks surged after the Federal Reserve said 34 of the biggest U.S. banks can buy back more stock and raise their dividends because their balance sheets are strong enough to bear a major downturn in the economy. The Fed’s announcement Wednesday afternoon marks the first time that all of the banks have passed their so-called stress tests, which were created after the global financial crisis of 2008.

ENERGY: Oil prices were headed higher, despite paring some early gains. Benchmark U.S. crude was up 12 cents at $44.86 a barrel in New York. Brent, the international standard, was up 6 cents at $47.60 in London.