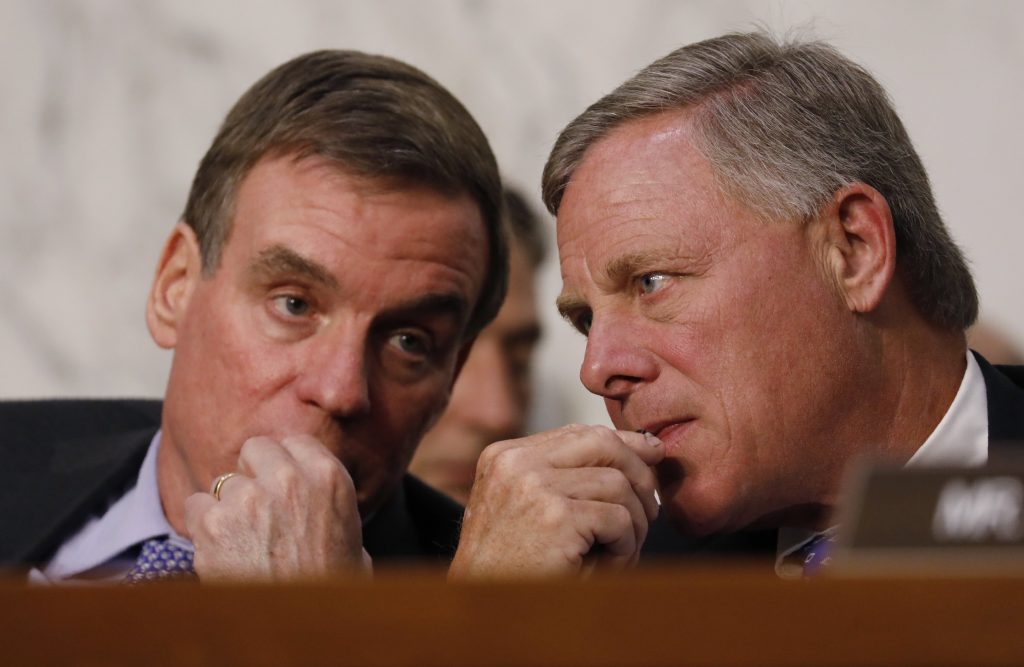 Senate Intelligence Committee leaders have received assurances that they will soon be able to review the memos that former FBI Director James Comey kept of his conversations with President Donald Trump, according to the panel’s top Democrat.

Sen. Mark Warner, D-Va., told reporters Wednesday that he and panel chairman Sen. Richard Burr, R-N.C., have a “commitment” from a person they would not name to turn over Comey’s memos as part of the committee’s investigation into Russia’s alleged meddling in the 2016 presidential election.

Warner said the memos are “critical information we have to have as part of our review process,” though he acknowledged that senators have already been briefed on most if not all of the memo’s details by Comey himself.

The commitment comes as Burr stated Wednesday that his goal is to wrap up the panel’s investigation by the end of the year — a target that though “aspirational right now, it can be done,” he said.

Warner would not speculate about the timeline, but noted the panel is moving into a new phrase of their probe.

“It’s going to be more, some of the names of people who are affiliated with the Trump campaign — who have been basically mentioned in the process have possible ties to Russia,” he said.

The committee is expected to interview Mr. Trump’s senior adviser and son-in-law Jared Kushner, but has not yet set a date. Kushner recently retained new counsel.

Warner said that the committee is “expecting Mr. Kushner, who volunteered, that that commitment will be kept.”

But the committee has not set a date for interviewing other campaign advisers, such as Carter Page and Roger Stone, and Burr said Wednesday that he hadn’t decided whether the committee would interview them at all.

They “haven’t necessarily been high on our list because we haven’t identified high value to ’em,” Burr said.

“We’re still having a very difficult time understanding whether [Stone] has anything to contribute to our investigation,” Burr said, stressing the importance of trying “to separate what people say from what we find people do or did.”

Stone became a source of interest after he tweeted last year that Hillary Clinton’s campaign chief John Podesta would soon have his “time in the barrel” shortly before his private emails were published by WikiLeaks.

The House Intelligence Committee spoke to Podesta behind closed doors Tuesday and, according to a report in Politico, is expected to interview Stone next month. Stone’s lawyer did not immediately return a request for comment.

Burr has previously refrained from setting any sort of timeline for his panel’s probe, a process that involves digging through reams of documents, interviewing dozens of witnesses and producing a report.

Finishing the investigation by the end of 2017 would be far sooner than many outside observers predicted.

The Senate Intelligence Committee’s investigation is largely seen as the leading Russia probe in Congress, due to the panel’s broad authority to conduct oversight across the government and the ability of its leaders, Burr and Warner, to avoid the sort of politically-fueled squabbling that has consumed several other committees trying to investigate the matter.

Burr said at a hearing Wednesday that his committee’s final assessment of why and how Russia allegedly meddled in the 2016 election likely would not differ much from the initial assessment of the intelligence community, which found in January that Moscow interfered through a series of hacks and a coordinated disinformation campaign to aid Donald Trump’s chances of becoming president.

He chided the administration for not showing more initiative in responding, through sanctions or some other means, to the threat Russian cyber aggression poses to many Western nations, saying that “what the world’s crying for right now is for leadership.”

Burr stressed that the committee’s responsibility was chiefly “to make sure that every American and every person globally that cares about the integrity of elections reviews what we find . . . to ensure that elections are fair and that there’s no interference in the future.”

But lawmakers are having difficulty getting administration officials to publicize information that may be relevant to increasing such awareness.

Warner said Wednesday that he and Burr have asked the Department of Homeland Security to publicly release a list of the 21 states it has identified as having been the targets of Russian hacking attempts aimed at election infrastructure.

Also on Wednesday, Republican Senate Judiciary Committee leaders announced that they had sent a letter to deputy attorney general Rod Rosenstein and acting FBI Director Andrew McCabe, requesting copies of all available applications for foreign surveillance warrants that were submitted in relation to the investigations into Russian election meddling and potential collusion between the president’s campaign and Kremlin officials.

“The committee needs all of these documents to evaluate fully the FBI’s and the Justice Department’s actions in this situation,” committee Chairman Charles Grassley, R-Iowa, and crime and terrorism subcommittee chairman Lindsey Graham, R-S.C., wrote in their letter.

The Senate Judiciary Committee recently announced it had also sent a letter to former Attorney General Loretta Lynch, seeking information about assurances she allegedly gave the Clinton campaign that little would come of an investigation into Clinton’s use of a private email server while secretary of state. The Washington Post has reported that the source of this allegation is a Russian intelligence document that describes an email between political operatives that the FBI consider dubious.