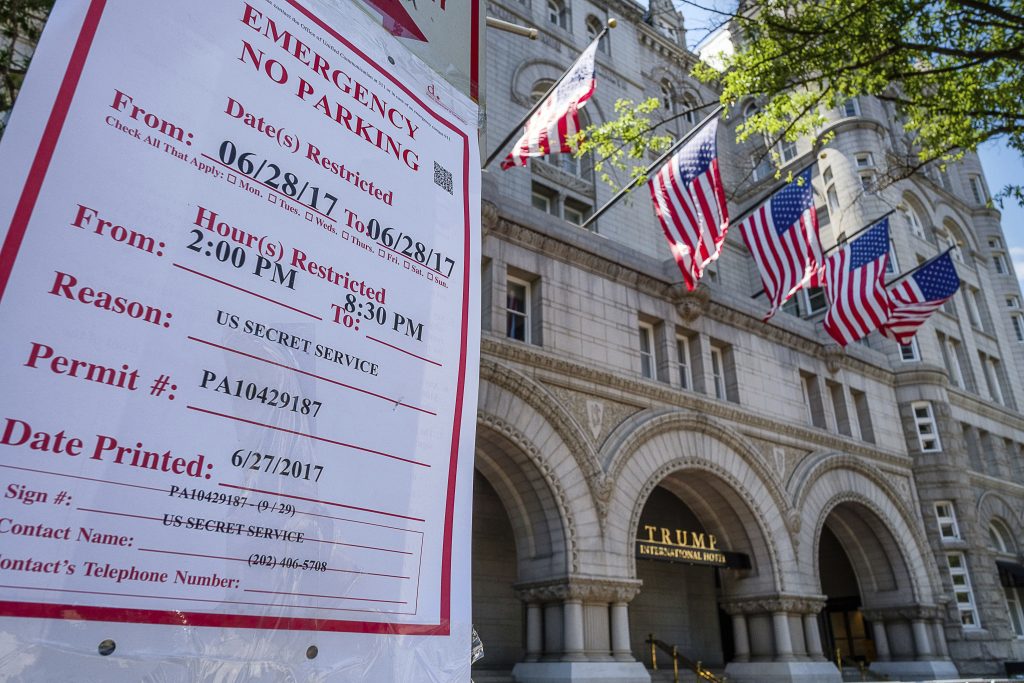 Republican donors paid $35,000 apiece to hear a familiar message from President Donald Trump: The media, particularly CNN, keep trying to take him down, yet Republicans just keep winning elections. He noted with pride that his party had won four special elections this year.

The president was whisked a few blocks from the White House to the Trump International Hotel, his name-branded Washington venue, for an evening of hobnobbing behind closed doors Wednesday with major party financiers, including Las Vegas casino mogul Steve Wynn.

One attendee stood out: Nevada Sen. Dean Heller, part of a small group of Republicans whose objections just a day earlier had doomed — at least for now — the Senate’s effort to repeal and replace President Barack Obama’s health care law.

President Trump did not single out Heller; but Wynn, the lead fundraiser for the Republican National Committee, gently jabbed him by urging all Republicans to come together to support the president’s agenda.

Breaking with the tradition of his predecessor, Trump barred reporters from the event, despite an announcement earlier in the day that a pool of reporters would be allowed inside. Two people in the room, demanding anonymity to discuss a private event, relayed the messages given by Trump and Wynn.

“It’s a political event, and they’ve chosen to keep that separate,” White House deputy press secretary Sarah Huckabee Sanders said when asked why the event was closed to the media.

Trump’s first re-election fundraiser comes some 40 months ahead of Election Day. Joined by first lady Melania Trump and top advisers, he held court for about two hours at an event attended by about 300 people that raised more than $10 million. The money is to be spread among Trump’s campaign, the RNC and other GOP entities.

Security was tight at the hotel, where guests in long gowns and crisp suits began arriving around 5 p.m. But the event also drew critics. The president’s motorcade was greeted by dozens of protesters, who hoisted signs with slogans like “Health care, not tax cuts” and chanted, “Shame! Shame!”

The Trump International Hotel has become a place to see — and be seen — by current and former Trump staffers, lobbyists, journalist and tourists. Several Washington figures of considerable influence popped into the lobby, even though they didn’t plan to attend the fundraiser in an adjacent ballroom.

Mr. Trump’s decision to hold a fundraiser at his own hotel has raised issues about his continued financial interest in the companies he owns.

Unlike previous presidents who have divested from their business holdings or interests before taking office, Trump moved his global business empire assets into a trust that he can take control of at any time. That means that when his properties — including his Washington hotel — do well, he stands to make money.

President Trump technically leases the hotel from the General Services Administration, and profits are supposed to go to an account of the corporate entity that holds the lease, Trump Old Post Office LLC. It remains unclear what might happen to any profits from the hotel after Trump leaves office, or whether they will be transferred to Trump at that time.

Under campaign finance rules, neither the hotel nor the Trump Organization that operates it can donate the space for political fundraisers. It must be rented at fair-market value and paid for by the Trump campaign, the RNC or both.

Although this was Mr. Trump’s first major-donor event, his re-election campaign has been steadily raising money since the day he was inaugurated, mostly through small donations and the sale of Trump-themed merchandise such as the ubiquitous, red “Make America Great Again” ball caps. The campaign raised about $7 million in the first three months of the year, according to Federal Election Commission reports.

The RNC also is benefiting from the new president’s active campaigning, having raised about $62 million through the end of last month. The party has raised more online this year than it did in all of 2016 — a testament to Trump’s success in reaching small donors.

Trump’s re-election money helps pay for his political rallies. He’s held five so far, and campaign director Michael Glassner says those events help keep him connected to his base of voters.

Walters also says that the White House takes care to make sure that Trump’s political events and travel — including the Wednesday fundraiser — are paid for by the campaign and other political entities.