Israel Parole Board Decides on Early Release for Olmert
Israel 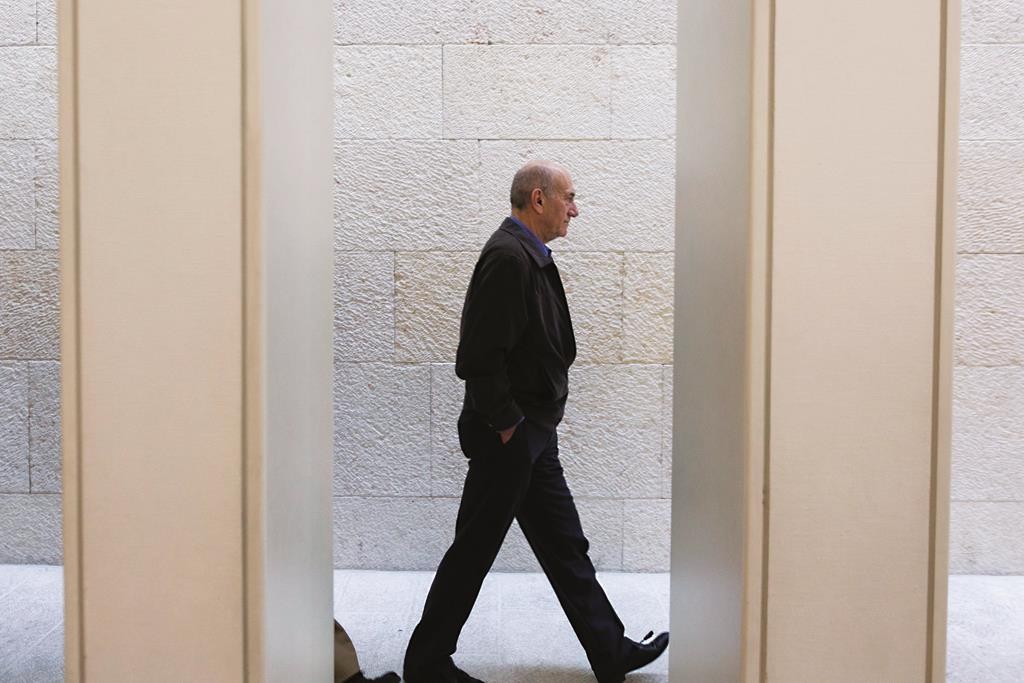 A parole board on Thursday approved the release from prison for former Prime Minister Ehud Olmert. Olmert has served 18 months of his 27-month sentence, and the parole board said Thursday that it was releasing Olmert over his good behavior, and out of concern for his health. Olmert is set to leave prison on Sunday – unless prosecutors file an objection, a decision they said they would make later Thursday. Sources in the Prosecutors Office said that the likelihood was high that prosecutors would seek an injunction against the release.

Olmert entered prison in February 2016. A plea for clemency was turned down by President Reuven Rivlin earlier this year.

In recent days, there has been an outpouring of support for the release of Olmert, based on what appears to be his poor health. Numerous government officials, including Education Minister Naftali Bennett, said that Olmert should be released, both for his own good and the good of the country. “It’s time to release Olmert, and I say this despite my political differences with him,” said Bennett of the former Kadima prime minister, who helped Ariel Sharon carry out the Gaza disengagement. “There is no debate about the contribution he made to Israel’s security as prime minister.” A widely-circulated photo leaked from the prison several weeks ago purports to show an anemic Olmert who, from the photo’s appearance, has seriously deteriorated during his time in prison.

The decision comes two weeks after police raided the offices of the Yediot Publishing House, the book-publishing arm of the Yediot Acharonot newspaper. Yediot Publishing is set to publish a book authored by Olmert, allegedly using documents relating to state secrets. According to friends and supporters of the former prime minister quoted by Globes, the book will include “many sensational revelations about senior officials, institutions, security incidents and other ‘sacred cows.’ Everything will be up for exposing.” Prison officials had said that the smuggling efforts were deserving of punishment, and among those punishments would be a refusal to recommend his early release.