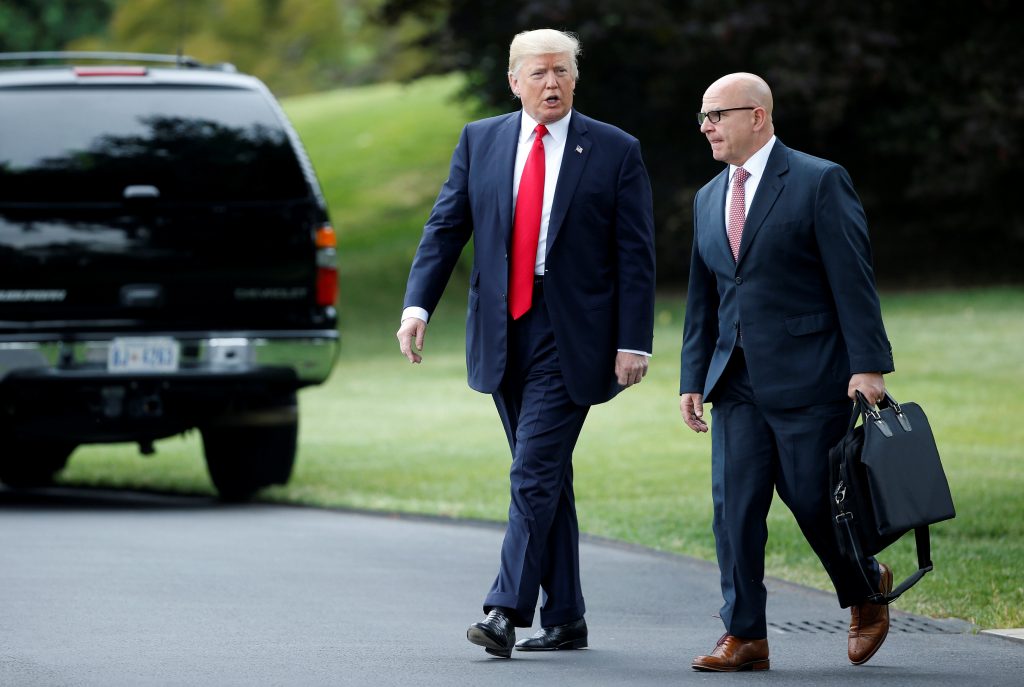 McMaster, who is a lieutenant general, was speaking at a conference in Washington, D.C., sponsored by the Center for a New American Security and The Washington Post.

“The president is tough on our allies, but it is tough love,” McMaster said.

His remarks drew a wry reply from his host and interviewer. “I can tell you they are not feeling very loved,” said Michele Flournoy, the CNAS’ chief executive.

In late May, Trump traveled to NATO’s headquarters in Brussels and scolded European leaders for not spending enough on defense. European officials were alarmed when Trump did not explicitly reaffirm the U.S. commitment to Article 5, the alliance’s collective-security provision that has been invoked only once — after the 9/11 attacks.

McMaster brushed past suggestions that Trump should take action to calm jittery allies who are worried about Russian aggression. “The president’s already doing it,” he said. He pointed to more than $1 billion that the United States has spent in recent months to bolster NATO forces on the fringes of Europe.

“I would just say, ‘Look at our actions,'” McMaster said.

The Army general mounted a spirited defense of much of Trump’s foreign policy, including his controversial decision to withdraw from the Paris climate agreement. McMaster said that the president’s rationale wasn’t “anti-climate change” or “anti-environment” because the “worst polluters get a free ride” under the current accord. McMaster said the president’s intent was to press for a better deal for the American people and the world.

He spoke in frank terms of the challenge posed by Russia and described Russian forces as “probing” America’s defenses and seeking to collapse the U.S.-led economic and security order.

McMaster also described the need to counter Russian meddling in elections throughout Europe and in the United States. McMaster said the Russians had mounted a “sophisticated campaign of subversion” that included the “sowing of conspiracy theories” online in an effort to weaken Western democracies. He called for the United States to develop capabilities to counter Russian disinformation campaigns. That effort, he said, might include engagement with Russia leaders as well as confrontation when necessary.

“This is a big level of focus for us,” McMaster said.

Finally, McMaster described President Trump’s North Korea strategy as a clean break from that of previous administrations. He said the approach was defined by a “candid recognition that China does have a great deal of control” over North Korean actions through its economic ties to its neighbor.

“The president asked us to prepare a range of options, including a military option that no one wants to take,” McMaster said.

Moon Jae-in, South Korea’s new president, is set to meet with Mr. Trump this week, seeking to patch up differences with the White House over how hard a line to take with the North Korean regime.