World In Mosul, Iraqi Forces Take Landmark Mosque Blown Up by IS
World 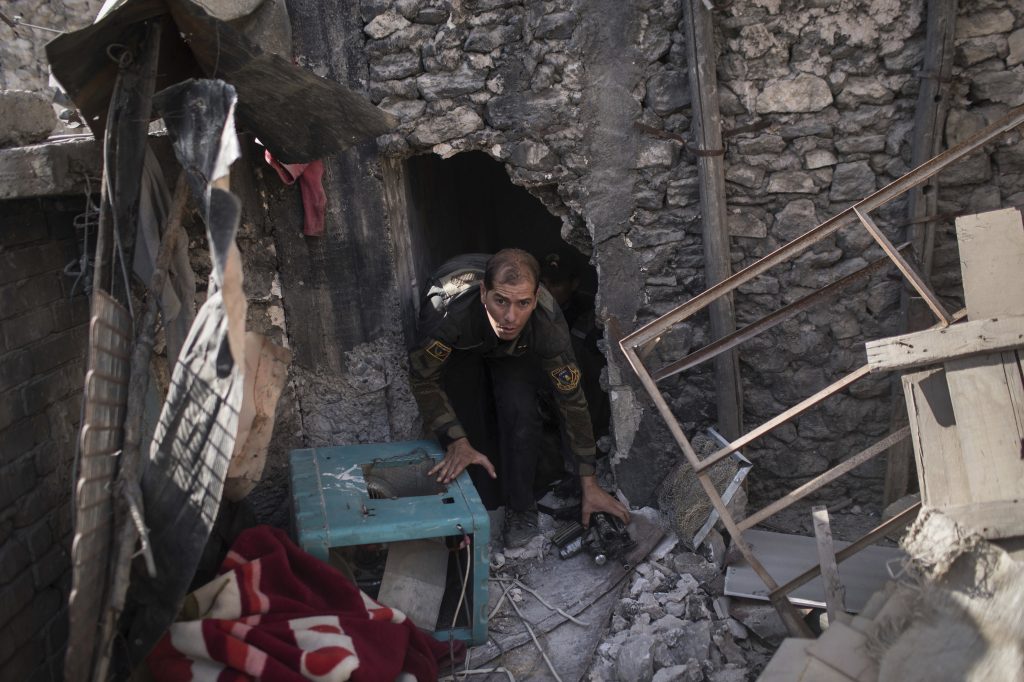 Earlier, special forces Maj. Gen. Sami al-Aridi warned the site will need to be cleared by engineering teams as IS terrorists likely rigged it with explosives.

Iraqi forces are pushing through the last IS-held neighborhood in Mosul, the so-called Old City, to the west of the Tigris River.

The mosque is symbolic — from its pulpit, IS leader Abu Bakr al-Baghdadi in July 2014 declared a self-styled “caliphate” on IS-held territories in Syria and Iraq.