Technology Blindness Does Not Stop This Beekeeper, Baker and Kayaker From Expanding Their Vision
Health, Science & Technology 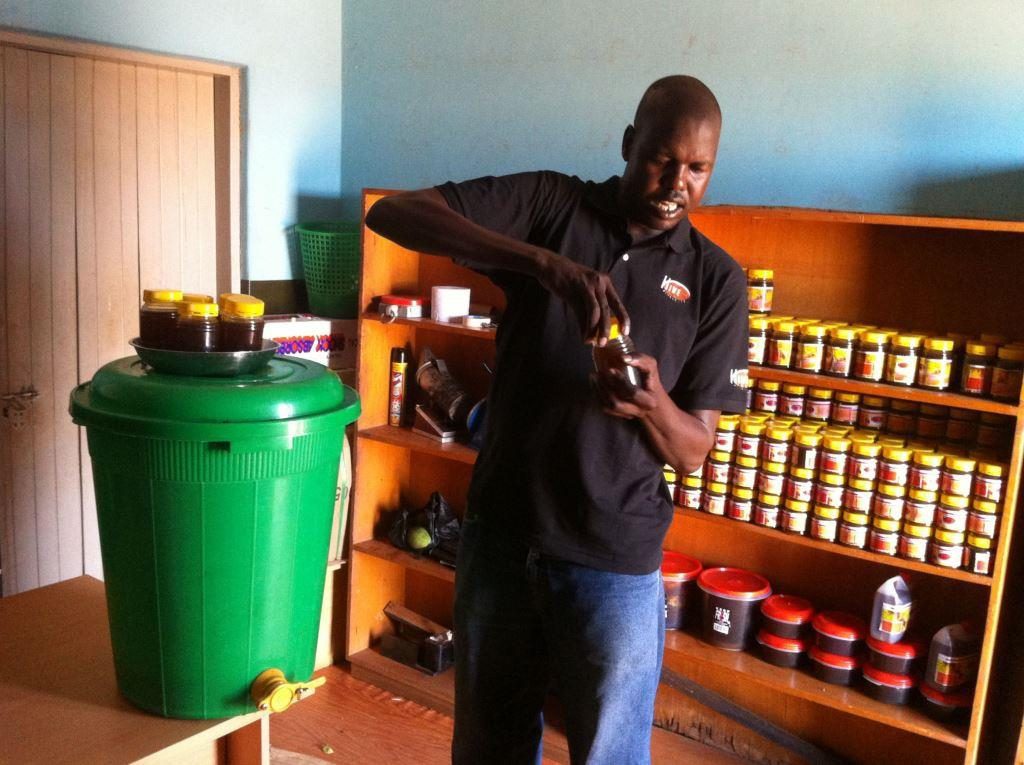 In rural Uganda, people who are blind or visually impaired often go to the city to look for work. But jobs are hard to find, and many end up as street beggars.

Instead, Ojok Simon wants them to know about a way they can earn money without leaving home: beekeeping. Simon, 36, became visually impaired after he was severely beaten by rebels who came to his village when he was a child. He has been a beekeeper for 15 years, and in 2013 he co-founded Hive Uganda, an organization that teaches advocates for visually impaired people and teaches them to make a living raising honeybees.

This year, his organization will receive a boost: Simon is one of three winners of the first-ever Holman Prize, sponsored by The Lighthouse for the Blind and Visually Impaired in San Francisco.

“It’s like a blind Fulbright,” said the organization’s communication director, Will Butler, of the award, which gives up to $25,000 apiece to blind and visually impaired people seeking funding for ambitious personal projects.

The prize is named for James Holman, a 19th-century English navy lieutenant who lost his sight at 25. In those days, if a military man became blind, “the usual thing was they’d go sit in a convent or church and pray for the souls of dead English soldiers and sailors,” said Bryan Bashin, The Lighthouse’s CEO.

Holman didn’t think that sounded like fun. So, “at a time when people didn’t even think that blind people could get out of the house, he began to travel, and he became the most traveled blind person of the 19th century,” eventually crossing through Scotland and France, and across Siberia, Bashin said.

Another winner of this year’s prize, Penny Melville-Brown of Farnham, U.K., lost her sight while she was a commander in the British Royal Navy. Her project, Baking Blind, will take her around the world to cook with blind and sighted chefs — including stops in China, Australia, Malawi and Virginia Beach, Virginia, where she hope to “link up with some Navy veterans, especially blind ones, to share stories.”

Along the way, she will videotape her encounters and blog about her journey. Her goal, she said, is “to show that blind people and other disabled people have got lots of get up and go and ability, and they are a great resource for the rest of the community, the rest of society, and particularly employers, to use better.”

Melville-Brown was thrilled to learn she had won. But she also said the honor comes with “a great responsibility. Because I am sort of representing lots of blind people, and especially those who were candidates for the prize. I’m sort of doing it on their behalf.”

A third winner, Ahmet Ustunel, a San Francisco teacher and avid kayaker, will develop a guidance system to solo kayak 500 miles in different locations around the world, including crossing the Bosphorus Strait from Europe to Asia in his native Turkey.

Two-hundred and two applicants from 27 countries and 35 U.S. states submitted 90-second video pitches for their projects.

“We were staggered by the amount of interest and the quality and diversity of the proposals,” Bashin said. “One of the biggest obstacles is our own perceptions of our capabilities, and part of the Lighthouse’s mission is to change perceptions of the abilities of the blind in all fields.”

Winners will be flown to San Francisco and work with the project manager to refine their ideas. A year later, they will return to report on how they turned out.

In the Gulu district of northern Uganda, Simon’s organization has already taught 38 people to be beekeepers, using local materials to make beehives and learning how to understand bees’ behavior.

Ugandans prize the insects for their honey, their wax (used in soap and cosmetics), their propolis and even their venom, which can be used to boost immunity. But much of the harvesting is done in the wild, which presents a challenge for the visually impaired. Hive Uganda teaches people to use frames and assess the honey harvest by feeling how heavy they are.

Winning the Holman will allow Simon to widen the scope of how many people he can help.

“I feel that now I’m going to be addressing the larger society. . .to empower East Africa in general,” he told the Washington Post. “My dream is becoming reality, and that change that I wanted, I started feeling at my fingertips.”