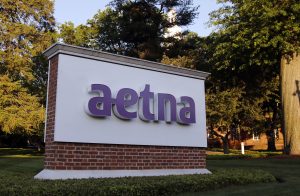 Insurance giant Aetna made it official on Thursday, announcing it will move its headquarters to New York City beginning in late 2018 after nearly two centuries in Hartford, Connecticut.

Mark Bertolini, Aetna’s CEO and chairman, said New York City is a “knowledge economy hub” and a driver of innovations.

“Many of the roles in our new office will be filled by innovators from the area’s deep talent pool, which will be an invaluable resource as we consider additional investments in the city going forward,” he said in a written statement.

The news was not a total surprise to Connecticut officials, who learned in May that Aetna was in negotiations with several states about moving its corporate base from the state’s capital. It comes about a year and a half after General Electric announced it was moving its headquarters in Fairfield to Boston. While some see it as a psychological blow to a state that continues to struggle with budget deficit problems, officials noted that Aetna said its move will have minimal impact on the Connecticut employee base and the company remains committed to its campus in Hartford, where its presence dates to 1819.

“Connecticut has a long history with Aetna, and we appreciate that thousands of their employees will continue to work and live here in the state,” said Meg Green, a spokeswoman for Democratic Gov. Dannel P. Malloy. “While Hartford may not be New York City, we are proud of the city’s revitalization. Hartford provides a strong foundation for any company in the insurance sector, large or small.”

She said Connecticut “remains the insurance capital of the world for good reason.”

Malloy had lobbied Aetna to stay, promising to match any incentive package the company received from another state.

Connecticut House Minority Leader Themis Klarides, R-Derby, noted that Aetna mentioned Connecticut’s continued budget woes in the company’s statement. She said that should “be a motivating factor (for state lawmakers) as we work to solve this looming financial disaster.”

Connecticut’s fiscal year is poised to end Friday without a new two-year budget in place that covers a projected two-year, $5 billion deficit. Lawmakers were debating Thursday whether to pass a short-term budget this week or have Malloy run state government using his limited executive authority, a move that would guarantee deep spending cuts to programs ranging from services for people with disabilities to summer jobs for teens.

“Aetna’s long-term commitment to the state will be based on the state’s economic health. The company remains hopeful that lawmakers will come to an agreement that puts Connecticut on sound financial footing,” the company said in a written statement.