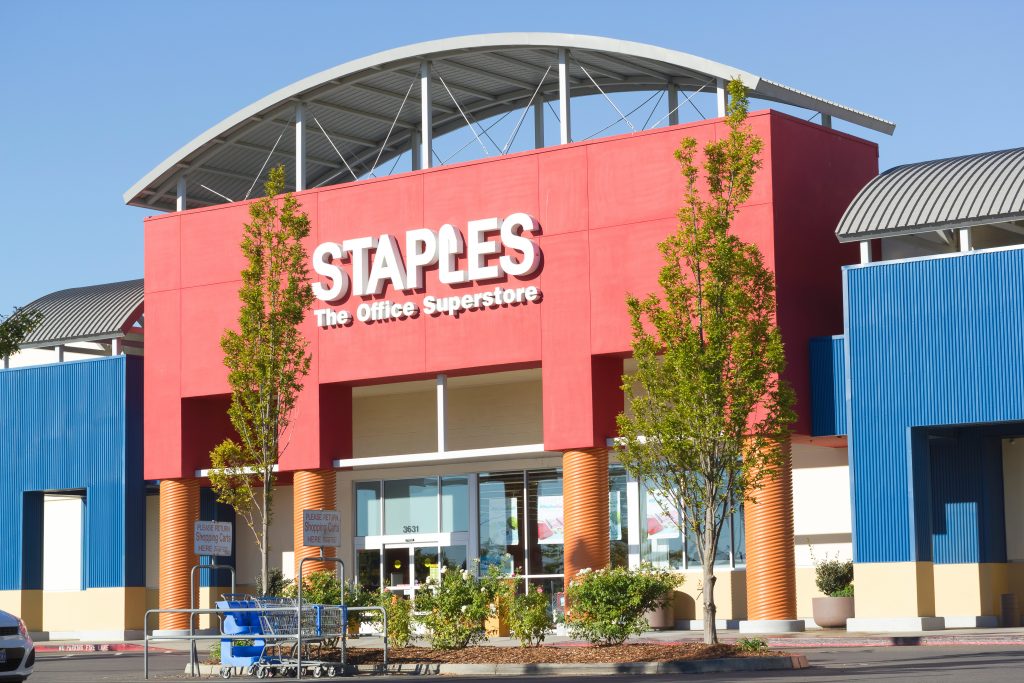 The companies said Wednesday that shareholders of Framingham, Massachusetts-based Staples will get $10.25 per share.

Staples’ stock closed Wednesday up 77 cents, or 8.4 percent, to $9.93, fueled by a late-afternoon report of a deal. The stock rose another 9 cents to $10.02 in extended trading after the deal was announced.

Changing shopping patterns, like the shift to online buying, have hurt office-supplies megastores like Staples. Amazon has become a prime competitor to Staples for corporate customers.

The deal with New York-based Sycamore Partners will allow Staples to adjust to the challenges as a private company.

Staples’ sales have declined 6.1 percent over the past five years, to $18.2 billion.

Staples Inc. is the largest “big box” office-supply chain, but it cut the number of stores it runs to roughly 1,600 from nearly 2,300 in 2012, according to FactSet.

“With an iconic brand, a winning strategy, and dedicated and passionate associates who are deeply focused on the customer, Staples is truly an outstanding enterprise,” Kaluzny said.

The companies said they expect this deal to close by the end of the year.