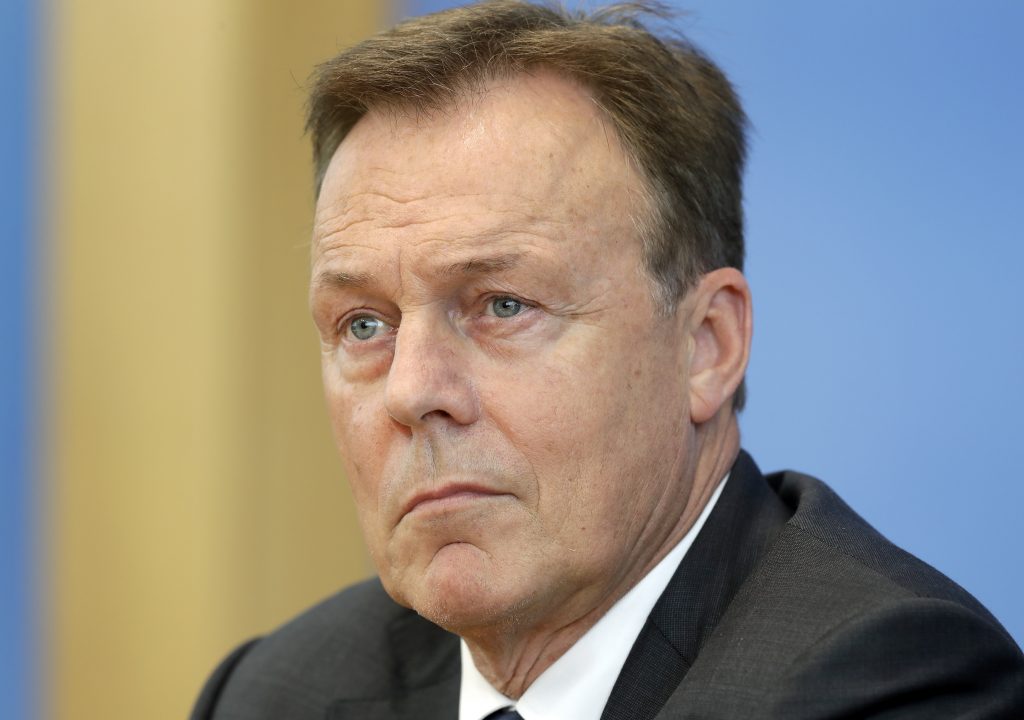 Germany’s Social Democrats will block the leasing of Israeli drones that can carry weapons by rejecting the plan in the budget committee, the party said on Tuesday, drawing criticism from the defense minister and the top air force general.

The procurement of the drones, favored by the military because they are compatible with models they already own, has been a matter of contention between the parties in the ruling coalition government.

Social Democrat parliamentary head Thomas Oppermann said his party supported the procurement of reconnaissance drones but had reservations about leasing the Heron TP drones from Israel Aerospace Industries (IAI) that can be armed and used to protect soldiers serving in Afghanistan and Mali.

The SPD are the junior partner in conservative Chancellor Angela Merkel’s right-left coalition.

General Karl Muellner, the top officer in Germany’s air force, said the move was wrong-headed and would leave soldiers without the additional protection of quick and precise drones.

“I respect political decisions, but I consider this wrong from an expert viewpoint,” Muellner said in a statement late on Tuesday.

German Defense Minister Ursula von der Leyen, a member of Merkel’s conservatives, accused Oppermann of leaving German soldiers “in the lurch,” and said the move was also hypocritical since the SPD had voted last year to back development of an armed European drone.

The dispute comes three months before a national election, and reflects lingering skepticism in Germany about offensive military actions, given Germany’s militaristic past.

The German military did participate in allied air strikes in the Kosovo war in 1999 and German troops have served in Afghanistan for well over a decade, but the issue remains divisive in the general population.

Defense Ministry sources said the SPD had been closely involved in the preparation of the budget plans that map out what the government would be funding with the procurement of the drones.

Security sources said the document in question called for moves to prepare the arming of the drones and training for German soldiers that would have speeded up their operational use. Without those steps it would take one to two years to arm the drones, the sources said.

SPD lawmakers said they had not expected accelerated moves to arm them.