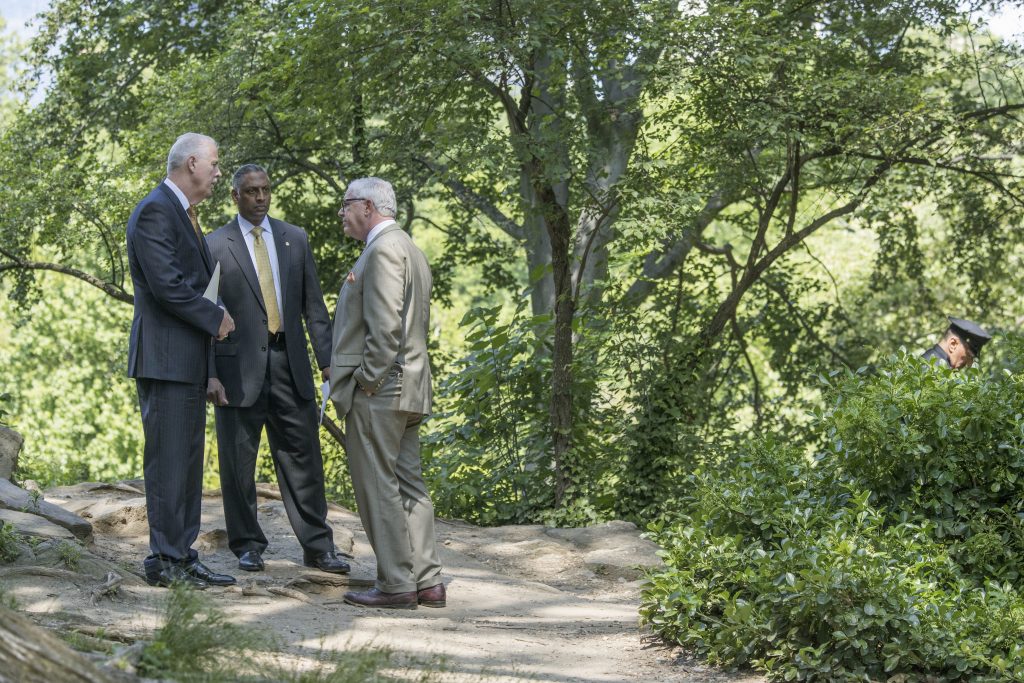 New York police and federal officials are offering up to $40,000 in reward money for information that leads to an arrest in a Central Park explosion that injured a tourist last summer.

Officials said Wednesday they’re still looking for leads, including photos and video in the hours and days before the July 3, 2016, explosion.

A homemade concoction inside a clear plastic bag blew up when Connor Golden, a tourist from Virginia, stepped on it. Doctors amputated Golden’s left leg below the knee.

The New York Police Department and federal agents have tracked the origins of the bag, identified the chemicals in it and reviewed thousands of hours of footage. But the case remains unsolved.

“The NYPD continues to use every investigative tool to find who may have placed this explosive material in Central Park,” said NYPD Commissioner James O’Neill. “Someone, somewhere, knows something about this explosion that left a young man severely injured. We want to talk to them. No detail is too small.”

“We want our parks and public spaces to be safe for everyone and we want justice for the victim,” said Ashan M. Benedict, special Agent at the Bureau of Alcohol, Tobacco, Firearms and Explosives (ATF). “We need the public’s help by providing us with photographs and video taken at the location of the explosion in the days and weeks prior to July 3, 2016. Any person who may have any other information regarding the explosion is strongly encouraged to contact ATF or the NYPD.”