Israel A New Island in the Mediterranean… Just Off Gaza
Israel 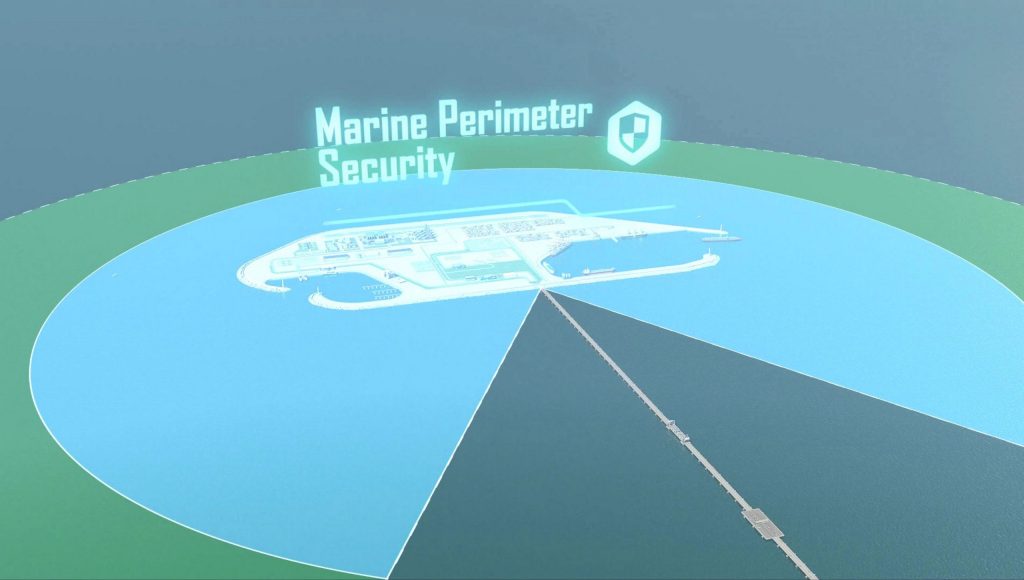 At first glance the video looks like a promotion for a luxury offshore development, a Dubai Palm-style project on the Mediterranean. Then it becomes clear it’s about Gaza and the future of the impoverished Palestinian enclave.

Israel’s intelligence and transport minister Yisrael Katz has long pushed the idea of an artificial island off the coast of the Gaza Strip, with plans for a port, cargo terminal and even an airport to boost the territory’s economy and connect it to the world.

But now Katz has released a slick, high-production video setting out his proposal in more detail, complete with a dramatic, English-speaking narration,

“The artificial island initiative is aimed at providing an answer to a reality that is bad for the Palestinians and not good for Israel,” says the narrator, acknowledging that the aim is in part to change the view that Israel is to blame for the deteriorating circumstances of Gaza’s two million people.

Hamas has controlled Gaza for the past decade, during which time Israel and neighboring Egypt have maintained a tight blockade, restricting the flow of goods and people in and out, for security reasons.

While Israel withdrew its soldiers and residents in 2005, it still limits Gaza’s access to the sea and controls its airspace.

“Today, Israel continues to be perceived as being responsible for the Gaza Strip and is to a large extent the only lifeline to it, even though it withdrew from the strip over a decade ago,” says the narrator.

To challenge that perception, and tackle the broader humanitarian and economic problems that beset Gaza, Katz’s plan calls for a $5 billion investment over five years.

It envisages an international consortium building the 1,300-acre island some three miles offshore, connecting it to the mainland via a causeway, which would have a bridge in the middle that could be raised, cutting off access.

Hamas itself has long called for a sea port, but has not commented directly on Katz’s island plan. Sami Abu Zuhri, a spokesman for the group, said: “Building a seaport for Gaza is a right of its people to alleviate their suffering and end the blockade.”

The projected island would hold vast infrastructure, including cargo and passenger ports, a marina, gas and electricity terminals, a desalination plant and space for an airport in the future.

While Israel would retain control of security in the sea around the island, and would carry out inspections at the port, an international policing force would be responsible for security on the island and at checkpoints on the bridge.

“In addition to its humanitarian and economic importance, and distinct security advantages, the artificial island initiative will strengthen the cooperation and relations between Israel and the countries in the region,” says the video.

While at one level the idea sounds pie-in-the-sky, Katz has presented it internationally and raised it consistently for discussion. He showed his video to the Israeli cabinet this month, where it met with widespread approval, according to Katz’s spokesman.

But Defense Minister Avigdor Lieberman, who has responsibility for Gaza policy, remains unconvinced and has not endorsed the proposal. He has said Gaza does not deserve any development project as long as Hamas, a terrorist organization dedicated to destroying Israel, runs the territory.

Katz’s hope is that if the Israeli government does get fully behind it, it can then be presented to international partners as a potential, if ambitious, project to finance.