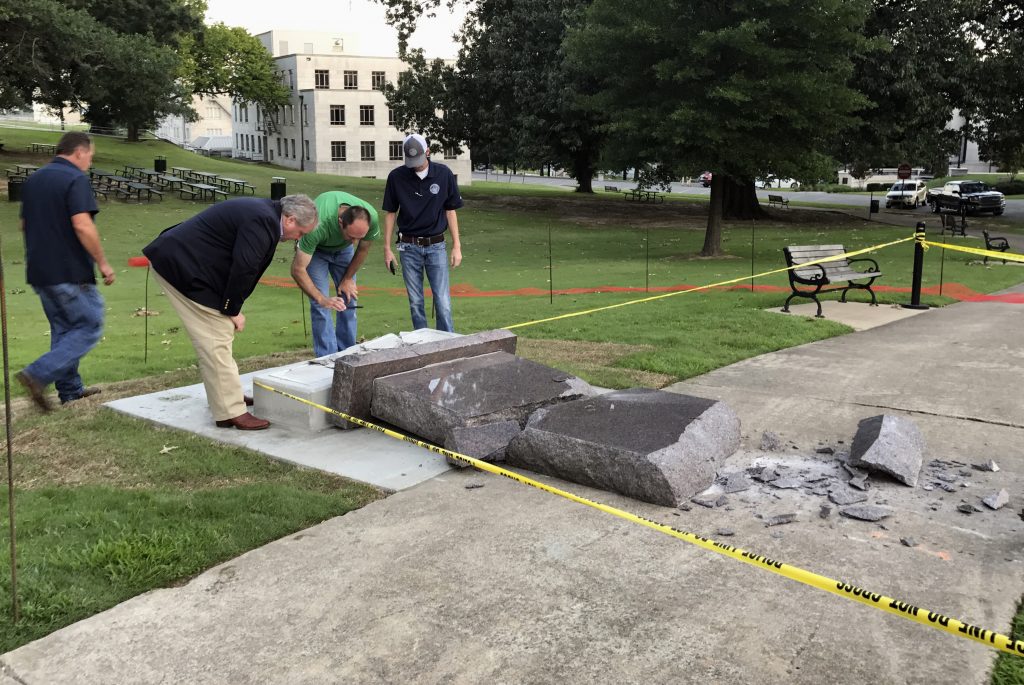 A man yelled “Freedom!” as he crashed his vehicle into Arkansas’ new Ten Commandments monument early Wednesday, nearly three years after he was arrested in the destruction of Oklahoma’s monument at its state Capitol, authorities said.

The privately funded Arkansas monument had been in place outside the state Capitol in Little Rock for less than 24 hours before it was knocked from its plinth and smashed to pieces.