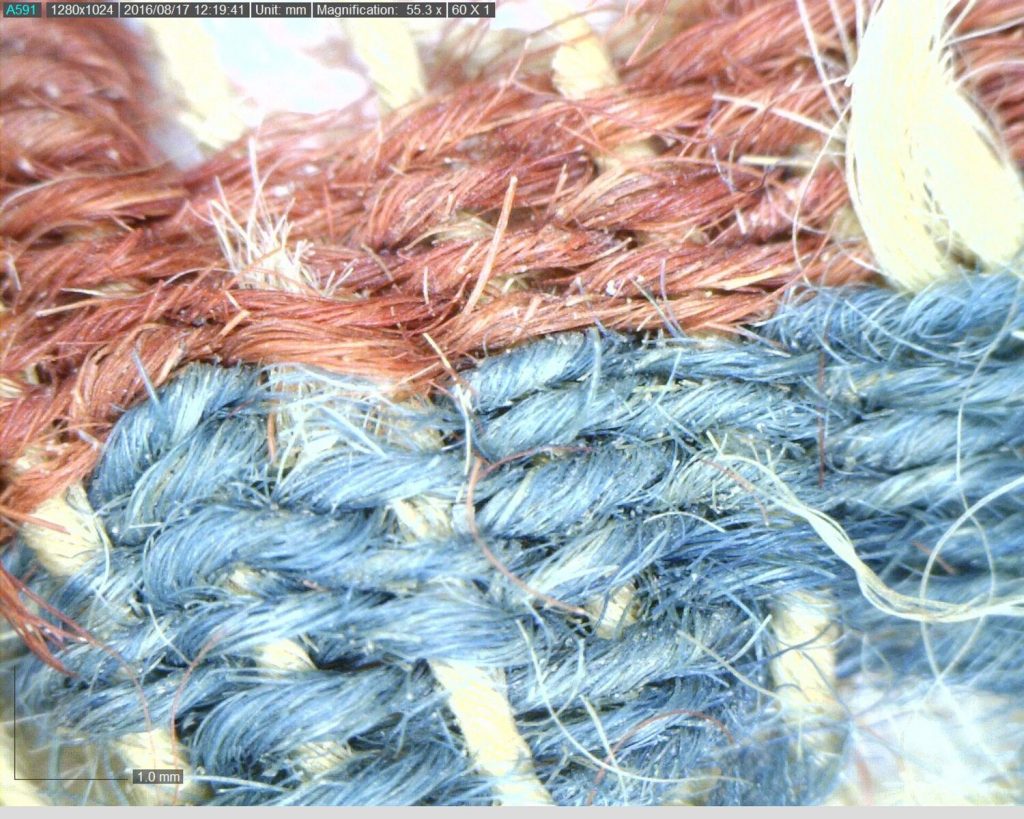 A joint study by the Israel Antiquities Authority, Tel Aviv University, and Bar-Ilan University has discovered dyestuff used to dye textiles that they believe date to the time of Dovid Hamelech and Shlomo Hamelech at Timna. The find provides the earliest evidence of a plant-based dye in Israel.

Excavations conducted since 2013 in the Timna Valley have recovered dozens of fragments of 3,000-year-old textiles, which were preserved thanks to the region’s extreme arid climatic conditions.

The dyes were identified using HPLC advanced analytical equipment. On analysis, the data indicated the use of two main plants: madder, whose roots provided a red dye, and indigotin – probably produced from woad – which was used as a blue dye in a long and complex process involving reduction and oxidization that lasted a number of days.

Both these plants are among the best-known plant dyes in the ancient world. Once grown specifically for dyeing in Eretz Israel, their use continued up to the discovery of synthetic colors. The textiles from Timna were colored with true dye, which is characterized by a chemical bond between dye and fiber, attesting to professional knowledge and skill in the art of dyeing during this period.

The colored woolen textiles came as a surprise to the researchers, since during the period in question Timna was principally an important smelting and mining site for the production of copper.

The researchers theorize that the metalworkers were probably entitled to wear colorful clothing as a mark of their high status. Some of the textiles are decorated with a red-and-blue bands pattern.

The task of turning stone into copper demanded considerable skill. It was one of the most specialized crafts of the ancient world and the metalworkers apparently enjoyed high social status and wore distinctive, colored garments. In this sense, the findings are a real innovation, since they contradict the previous research supposition that the furnaces in the heart of the desert were operated by slaves.

The research published Wednesday in the prestigious journal PLOS ONE was led by Dr. Naama Sukenik of the IAA and Dr. Erez Ben-Yosef of TAU.